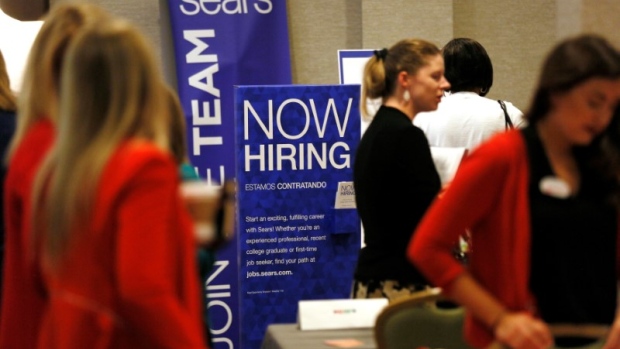 Recruiters and job seekers are seen at a job fair in Golden, Colorado, June 7, 2017 , Reuters/Rick Wilking

In 1977, Congress amended the Federal Reserve Act, directing the Board of Governors of the Federal Reserve System and the Federal Open Market Committee to "maintain long run growth of the monetary and credit aggregates commensurate with the economy's long run potential to increase production, so as to promote effectively the goals of maximum employment, stable prices and moderate long-term interest rates."

Known as the dual mandate, the Fed is guided by the mandate to keep unemployment rate at a maximum and inflation at a minimum. This concept has an internal conflict in that at full employment, pressure on wages increase and inflation tends to increase. 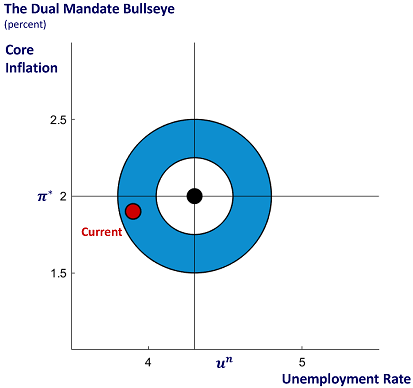 In the 1960s, the average age of North America's population was in the early 20s thanks to the post WWII baby boom. The economy was growing, unions were strong and growing, and so too were wages. The more real income people have, the more they will likely spend it. But one key variable on how you spend your money is life stage. You may make a different decision about saving and spending at 25 when life expectancy was about 65, then when you are 65 and life expectancy is over 90.

The vast majority of people participate in economic growth through the wages they receive for their labour rather than through investment income. That is primarily the top third of people. In the past four decades, the vast majority of real (after inflation) income gains has come from investments, which tends to help the top half way more than the bottom half. All the economic policies (quantitative easing, fiscal deficits) we employ are designed to boost the stock market. And while that is working, it’s masking the median experience with the average. This link is essential reading, though I do not agree with all his recommendations on how to fix some of these issues.

The Harvard Business Review had an article a few years ago highlighting many issues around wage growth contributing to this dynamic. It includes lack of post-secondary education, weaker unions, robotics and lack of an inflation-adjusted minimum wage.

This is the main reason Donald Trump is U.S. president. The average person is getting left behind. The president posted a recent tweet storm around why interest rates need to fall so that the economy can keep growing. He is WRONG!

He is trying to put in place an economy to bring back manufacturing jobs, but that just will not happen though his trade policies. They are increasing the cost of goods through tariffs and slowing the global economy. Falling interest rates will not fix any of the issues keeping inflation and growth down, it will only contribute to it.

We will not see any real inflation pressures until labour’s share of income increases. In other words, the older we live, the more money we need to save for retirement, the longer it needs to last, the more we need to save, the less we have to spend now. Therefore, inflation will not be a major problem for decades to come.

The big U.S. corporate tax cut will not work either because the vast majority of that has gone to share buybacks and not wage gains (though there were some to be sure). The only thing that will work to boost inflation is for people to have more money to spend and be willing to spend it at higher prices rather than waiting for a sale.

The knock-on effect of all of this is that for investors, bonds will have a negative real return for decades to come and make it very difficult to generate growth in your saving on a real basis (after inflation). We do not need the tariff kind of inflation pressures, we need the average worker to earn more of a real yield if you want to fix the weak global economy that has only grown in recent years due to debt and leverage. The accumulation of debt is another big headwind to growth that I will talk a bit more about in the coming weeks.

Come out to one of our remaining Berman’s Call events and learn how to take advantage of active asset allocation. The fixed-income part of your portfolio is going to be a huge problem in the decades to come for most people.

The previous Investor’s Guide to Thriving tour wrapped up on December 1st 2018. Aptly named “How Long Can a Bull Market Run?” we may have received our answer. The market printed the worst December since the Great Depression – bringing most of the major indices officially into bear market (-20%+) territory. Markets have rebounded in January as they always do after steep declines, but we are likely in the early phases of a bear market where average corrections are closer to 30% and extreme corrections are more than 50%. If this is case, we haven’t seen the last of market volatility and a downward pattern of lower highs and lower lows. Many people are surprised at this phase because it can take some time for the fallout to move from Wall Street to Main Street – showing up as a recession. Job markets are relative robust still and Central Banks are still talking about raising rates. Markets are forward looking and generally anticipate economic downturns, so even as rates continue to rise, employment appears to be strong, and many companies are still posting record earnings – you should be paying attention to the growing cracks in the system.

You will take away from this live presentation a timely perspective on how to approach your investments in 2019 and beyond – along with actionable ideas to help strengthen your portfolio, and even a few tools and resources to use at home. Sign up at www.etfcm.com.