In 1994 when I did an internship on Wall Street with many of the top technical analysts, I learned many important lessons. One that stands out is that a market is a sum of its parts. If you are going to forecast a market index like the NASDAQ 100 (QQQ), you have to do a sum of the parts analysis as your base.

The FANG stocks defined broadly as Facebook (FB.O), Amazon (AMZN.O), Netflix (NFLX.O), Alphabet (GOOGL.O), plus the likes of Apple (AAPL.O), NVIDIA (NVDA.O), Microsoft (MSFT.O), Twitter (TWTR.N) and others. An ETF was launched a few months back to track these stocks: The AdvisorShares New Tech and Media ETF (FNG). 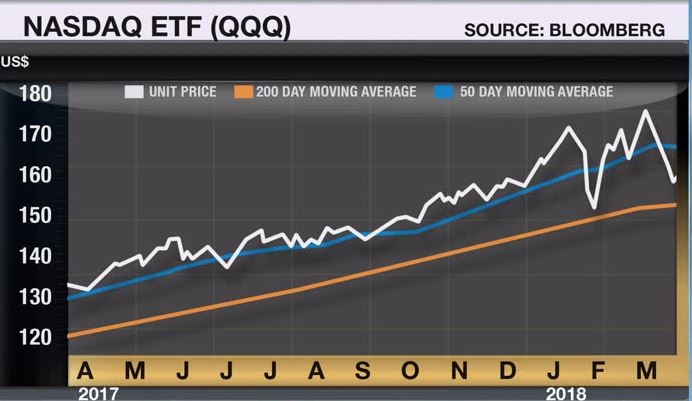 For the NASDAQ 100 (QQQ) ETF, these stocks represent just under 50 per cent of the index.

The overall QQQ has not broken any trends yet. The pattern of higher highs and higher lows is still in play. With the Facebook data revelations potentially disrupting the revenue models of many of the social media stocks and Trump looking to attack Amazon (and others), a look at where these stocks may be heading could help with a broader market forecast. 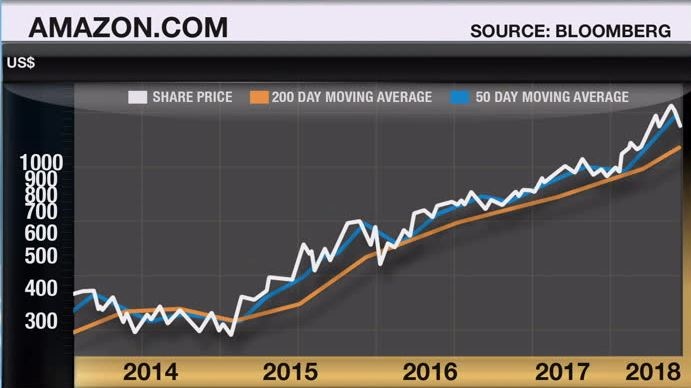 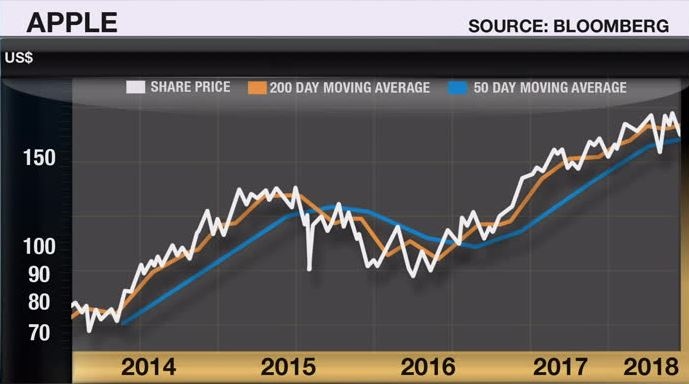 Apple is clearly a stock you want to buy on a dip and still has a pattern of higher lows and higher highs. Key support at 150 likely needs to be tested again before we can go much higher. We could see a break there take it back to the 2015 highs around 135. 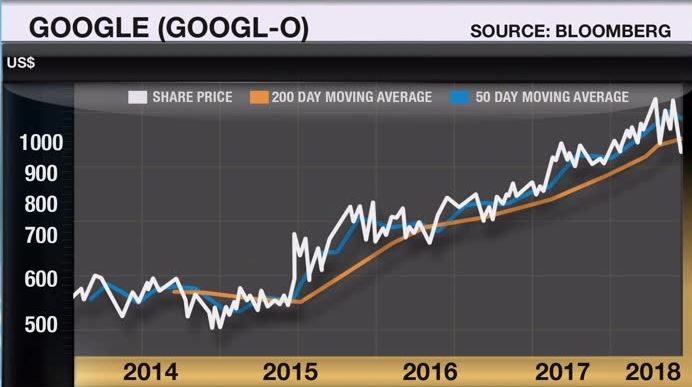 Alphabet looks poised to enter a consolidation phase too and could easily slide back towards 900 and did not make a new high on the recent rally.

And finally, FB, the catalyst for risk in the social media sector. It has already broken trend and the next support is between 106-127. 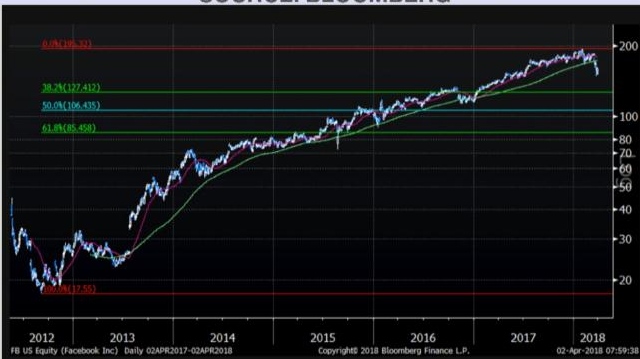 If they all come down at the same time, the QQQ could easily fall back to the breakout levels that were last seen in early 2017. Key support would be the February lows, which I think needs to be tested again before this market would have confidence to move higher. This group represents about 15 per cent of the broader S&P 500 and has led the market gains in 2017. It stands to reason, that it’s the most important thing to watch going forward. 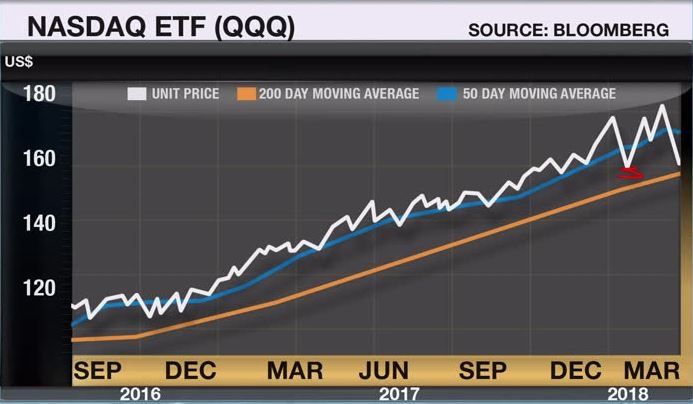 Our upcoming seminar series is underway. Come out to one of the events and learn about what ETFs can help your portfolio with the uncertain economic backdrop over the next few years.  Register free at www.etfcm.com. We ask BNN Viewers to make a voluntary charity donation to support Alzheimer’s research at Baycrest Hospital or Cancer research at the Hospital for Sick Children.