U.S. President Donald Trump is not likely to get a trade deal with China before the next election. He basically told us that on Friday, and it’s been confirmed by market chatter today. What’s plan B? Currency wars. In studying the 1987 stock market crash, there were a few main ingredients that set the stage. One was that the U.S. and West Germany were embattled in a disagreement over the level of the Deutsche Mark. Sound familiar?

Now don’t go out and sell everything because Berman suggested that risks are similar to the 1987 scenario, because markets continue to melt up and make new highs… or do they? Really, it’s only a handful of large cap tech stocks that are lifting the averages, most stocks globally are well below their 52-week highs and not even two-thirds are above their own 200-day averages. 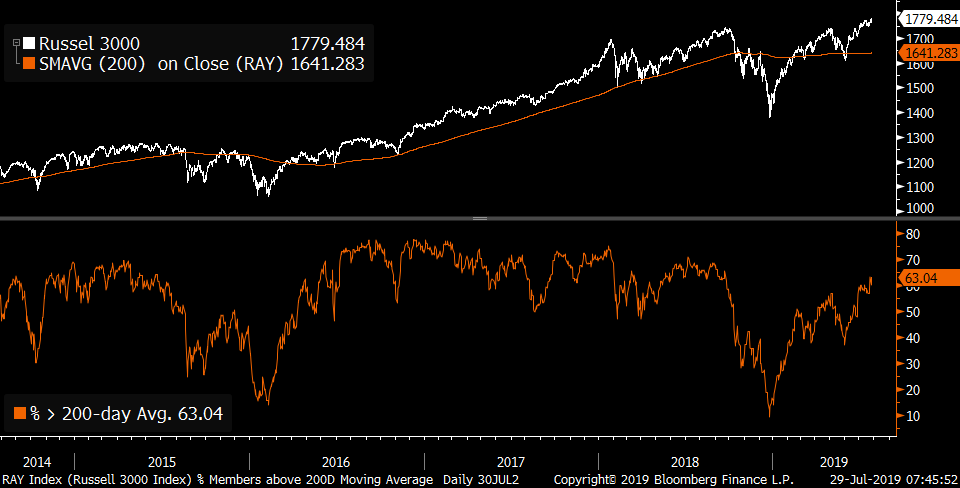 The market is betting heavily that we will get a soft landing engineered by the Federal Open Market Committee. Morgan Stanley predicts that 21 of 34 central banks they follow will have cut rates by year’s end (including the Bank of Canada). So what the Fed says this week - and, specifically, how they say it - will go a long way to set the narrative for the market. 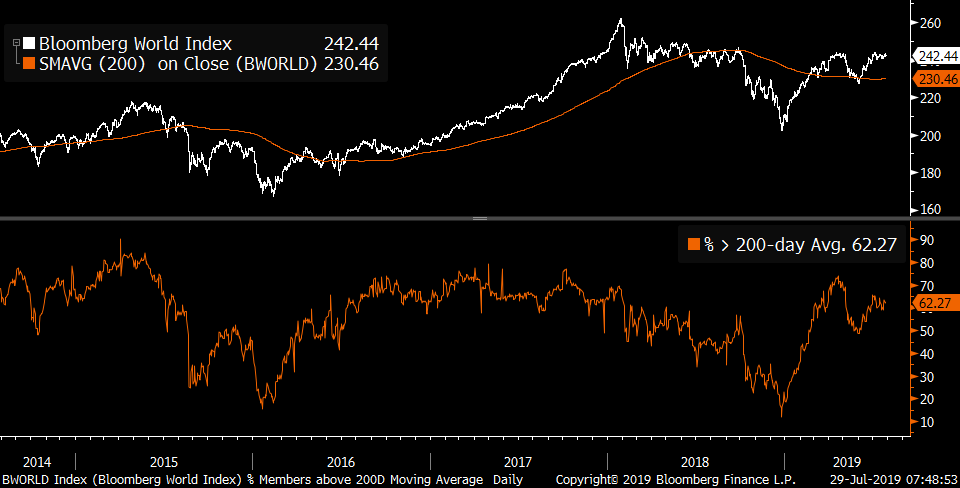 But when it comes to currency wars influencing trade policy, they can are impact massive potential flows. For example, a stronger Japanese yen is typically a risk off indicator. The Japanese government cut their 2019 GDP forecast to 0.9 per cent from 1.3 per cent last night. Toss in Brexit issues heating up in the coming months, and the VIX index back at very complacent levels with the traditionally volatile Q3 period for equity markets, and you have to think that if you have not taken money off the table, perhaps you should think about how to play a bit more defence. 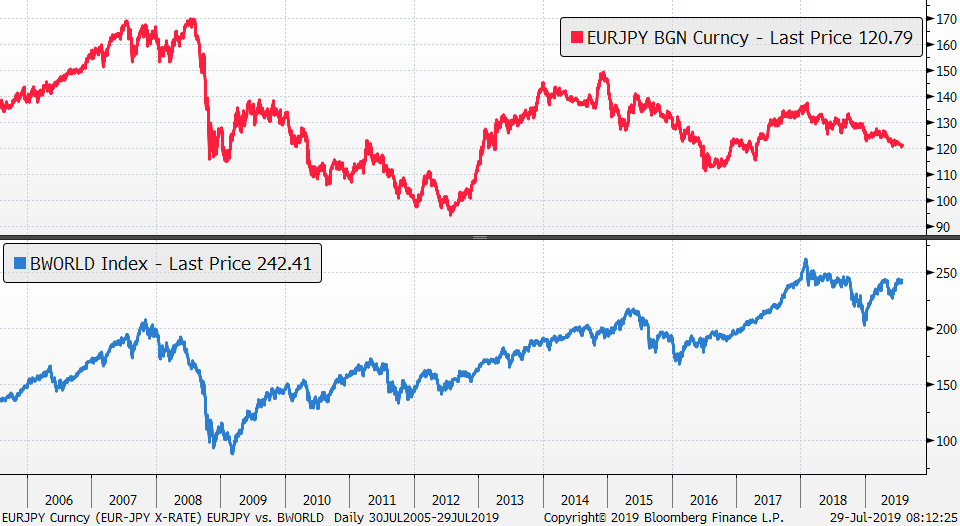 The euro-yen cross rate is often a great indicator of market risk. A stronger yen against the euro portends more equity volatility. A weaker U.S. dollar is what the Trump administration wants and there is money to be made in currency exposures during difficult periods for equity markets. We like the yen as the best exposure. Not Japanese stocks, not Japanese bonds… but the yen. The best ETF to get this exposure is FXY.