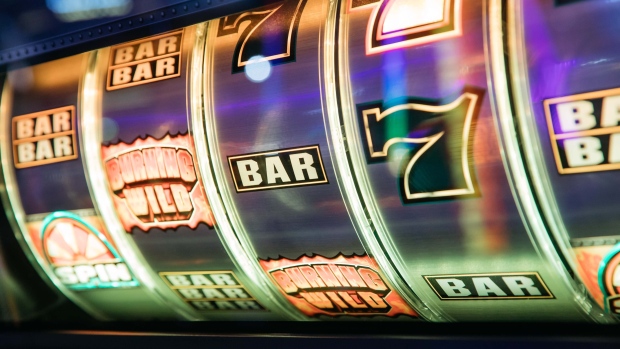 Part of a slot machine is seen at the Global Gaming Expo (G2E) inside the Venetian Macao resort and casino, operated by Sands China Ltd., a unit of Las Vegas Sands Corp., in Macau, China, on Tuesday, May 16, 2017. The gaming expo runs through May 18. Photographer: Anthony Kwan/Bloomberg , Bloomberg

Las Vegas Sands Corp. rose the most since August after the company, the world’s largest casino operator, said October has been its strongest month since the coronavirus pandemic struck.

Shares of Sands gained as much as 8.3 per cent to US$49.75 in New York, the biggest increase since Aug. 10. They were down 29 per cent this year through Wednesday’s close.

Casinos in Macau, the world’s biggest gambling market, generated 63 per cent of the company’s revenue last year, before the pandemic struck. COVID-19 has devastated the casino industry, as it has other businesses where people gather in large numbers, like movie theaters, concerts and restaurants.

At current gambling levels, Sands Macau is slightly profitable so far in October.

The company managed to narrow its loss in the third quarter from the preceding three months. Las Vegas Sands reported a loss of 67 cents a share for the period, excluding some items, a smaller deficit than the 74 cents analysts were predicting. Revenue, while down 82 per cent year over year, came in at US$586 million, better than analysts had estimated.

“The indications that the company could be approaching break-even in Macau, coupled with the continued confidence the market access should progress in the coming months, should be taken positively by the market,” David Katz, an analyst at Jefferies LLC, said in a report.