Canada’s immigration slump deepened in July, reflecting the impact of closed borders and highlighting a potential downside risk to the economy.

The latest government data show Canada admitted 13,645 permanent residents in July, down 63 per cent from the same period last year as COVID-19 travel restrictions continue. July’s figures are in line with the nearly two-thirds drop between April and June, pouring cold water on hopes for a quick rebound.

Immigration had been one of the main catalysts of Canada’s economic growth before the pandemic, a driver that looks increasingly under threat. Immigration Minister Marco Mendicino unveiled targets in March for 341,000 permanent residents this year, but through the first seven months only 34 per cent of that number had been granted entry.

“It’s really depressed compared to last year and it seems unlikely to change anytime soon,” Andrew Agopsowicz, an economist at Royal Bank of Canada, said by phone, adding the July decline is “worrisome”. 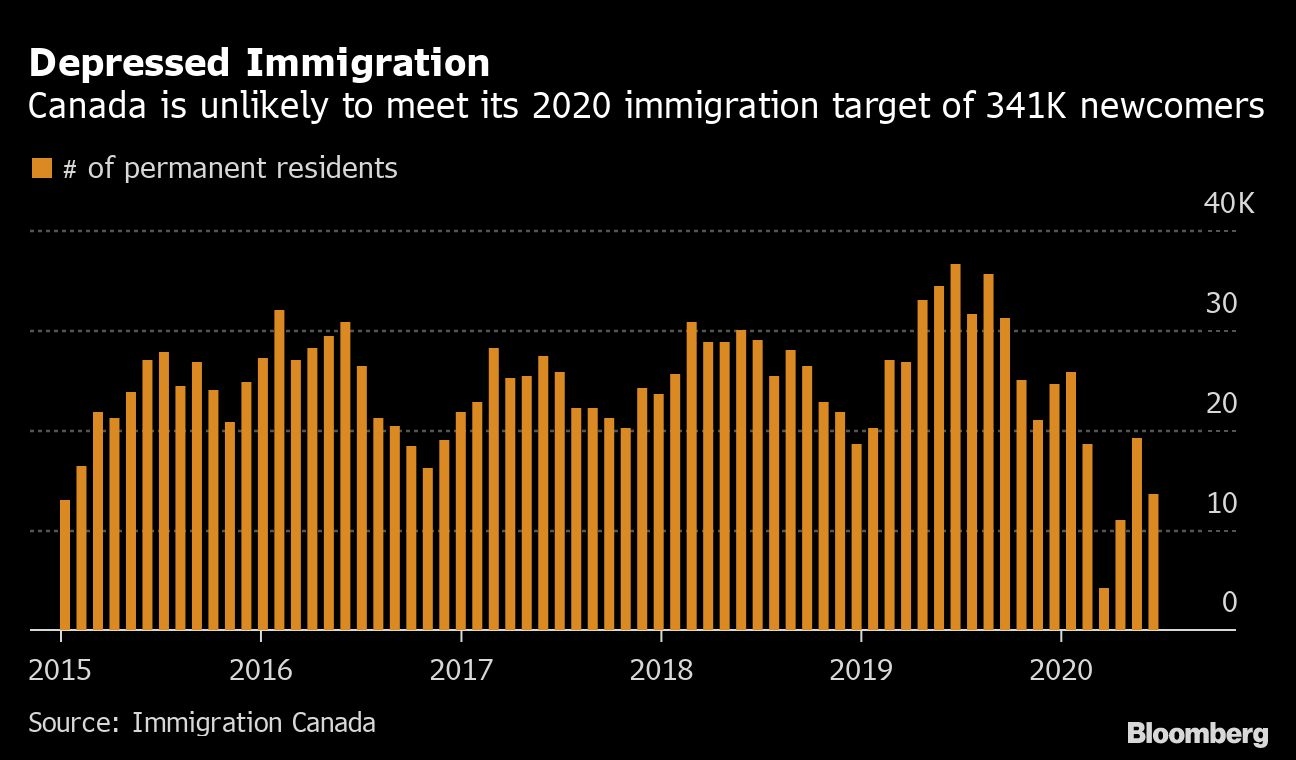 Agopsowicz predicts the country will meet 70 per cent of its 2020 targets, which would equate to 238,700 newcomers.

Study permits are showing a similar trend. In July, Canada issued 13,455 new study permits, down 59 per cent from 32,540 in the same period last year.

Agopsowicz expects immigration to remain weak through the winter, with visa-application centers closed in many countries and travel restrictions still in place.

He recommends governments “double down” on programs that encourage foreigners already in Canada -- such as students and temporary foreign workers -- to stay put.