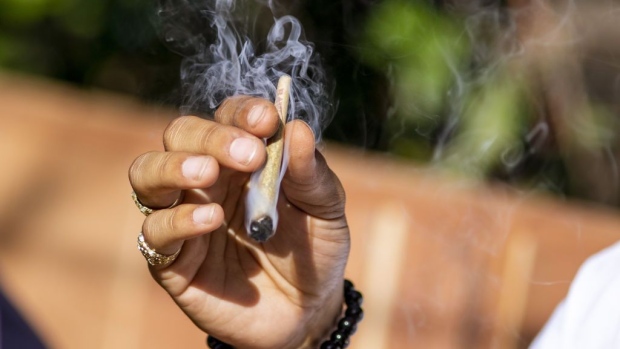 (Bloomberg) -- It was a historic week for cannabis, and not only in the U.S.

Just as the U.S. lower house passed a bill that would take cannabis off the list of the most dangerous and least useful drugs, the United Nations Commission on Narcotic Drugs voted for pretty much the same thing: removing cannabis from its own list of destructive substances.

Both moves are mostly symbolic and won’t change the reality on the ground right away. In the U.S., the MORE Act approved by the House of Representatives still faces long odds in the Senate. But the votes nonetheless represent a huge leap for the marijuana industry around the world.

The UN decision is a sign that cannabis’s medical potential is now seen as outweighing its dangers. “The vote could encourage countries to reevaluate how cannabis is classified on their own lists of narcotic drugs, potentially paving the way for more research into medical marijuana,” Graeme Kreindler, an analyst with Eight Capital, said in a research note.

That’s an important step for a growing international industry that could boost its prospects outside of North America. A Dec. 2 report from cannabis consulting firm Brightfield Group estimates the European market will reach $359 million in 2020, rising 25% from 2019. That’s good news for Canadian licensed producers like Aurora, Aphria and Tilray who operate there, and local counterparts like GW Pharmaceuticals, EMMAC Life Sciences and Demecan.

Europe and the U.S. aren’t the only places opening up. Argentina in November announced that pharmacies will be able to give cannabis products to qualifying patients. Mexico’s Senate also voted last month to decriminalize marijuana, although the initiative hasn’t been passed by the lower house.

Inter-country commerce is also increasing in the region, according to Prohibition Partners, an industry data and intelligence firm. Companies based in Colombia and Uruguay are expanding their presence to neighboring countries such as Brazil and Peru, the firm says.

The U.S. remains the biggest cannabis prize, however. With its widespread recreational use, it’s expected to represent 70% of the world’s $93.8 billion market by 2025, according to Euromonitor International.

“The MORE Act marks the second cannabis bill to receive a passing vote in Congress, and the simple fact that cannabis legislation can be presented on the floor, receive a vote and get passed is fundamentally important for the continued development of a respectable and responsible cannabis industry in the U.S.,” said Charlie Bachtell, chief executive officer of Cresco Labs and chairman of the National Cannabis Roundtable.