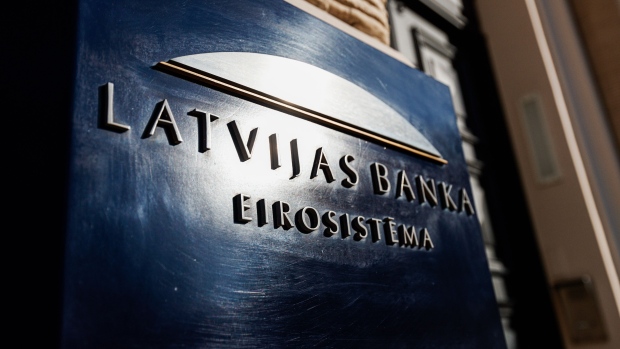 Latvia’s ruling coalition nominated Martins Kazaks to become the central bank’s next governor and replace Ilmars Rimsevics, who’s finishing his term under a cloud of bribery allegations and a criminal trial.

If approved by a vote in parliament as expected, Kazaks will also sit on the policy-setting panel of the European Central Bank, which has clashed with the Baltic euro-area member in court over its efforts to suspend Rimsevics and remove him as governor.

The nomination for Kazaks, a former chief Baltic economist for Swedbank AB who’s already on the central bank’s board, was signed and submitted to parliament by Prime Minister Krisjanis Karins’s five-party coalition, Dace Balode, spokeswoman for the assembly’s speaker, said on Tuesday. Karins has said that a confirmation vote could happen as soon as next week.

“He’s one of the best economist in the country, so I think that he is a very good choice,” said Martins Abolins, an economist at Citadele Banka in Riga. “I would imagine that he will have more say and be more active on the ECB level.”

Kazaks’s first task will be to rehabilitate the central bank’s image and move the country of 1.9 million beyond the dirty-money scandals that have dominated headlines since 2018. Rimsevics, who has held senior positions at the central bank for a quarter of a century, is fighting charges of taking bribes from a now defunct commercial lender. He denies wrongdoing.

“My goal is to make the Latvian central bank an efficient, open and modern central bank -- the best central bank in northern Europe,” Kazaks said in a column on the Delfi news portal. “The restoration of the bank’s reputation is the first point on the next bank president’s agenda.”

Kazaks is among the most well-known commentators on Latvia’s economy. He holds a doctorate from Queen Mary University of London and was elected in June to become a central bank board member.

Kazaks also favors cutting the total number of staff if the bank is merged with the financial industry regulator, and he told Latvian Public Radio that the next president should take an active role in ECB deliberations.

“The Bank of Latvia has one vote like any other euro area country,” he said. “It is essential to take part in the monetary policy discussion, promote the right decisions, ensuring that Latvia is represented there.”

To contact the reporter on this story: Aaron Eglitis in Riga at aeglitis@bloomberg.net

To contact the editors responsible for this story: Andrea Dudik at adudik@bloomberg.net, Michael Winfrey, Zoltan Simon