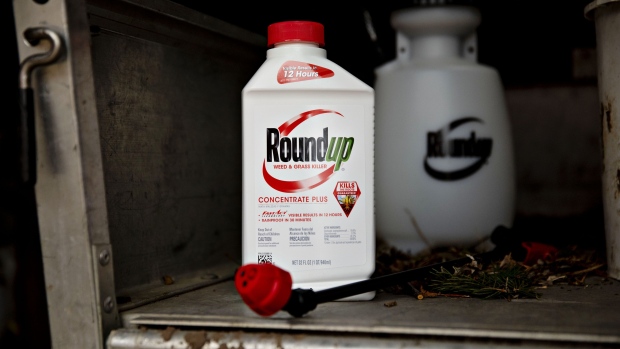 A bottle of Bayer AG Roundup brand weedkiller concentrate is arranged for a photograph in a garden shed in Princeton, Illinois, U.S., on Thursday, March 28, 2019. Bayer vowed to keep defending its weedkiller Roundup after losing a second trial over claims it causes cancer, indicating that the embattled company isn't yet ready to consider spending billions of dollars to settle thousands of similar lawsuits. , Bloomberg

Bayer AG has agreed to settle almost 100,000 U.S. lawsuits claiming the company’s Roundup weedkiller caused cancer, according to law firm Weitz & Luxenberg, which was representing some of the plaintiffs.

The law firm issued its statement Wednesday by email.