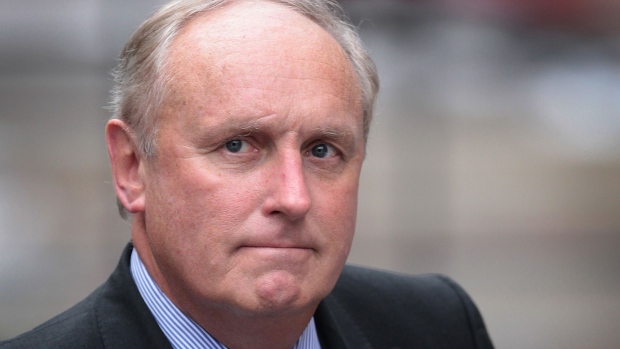 (Bloomberg) -- British lawmakers are trying to stop the government appointing anyone to lead the country’s powerful media watchdog if they were already ruled out of the job.

The chair of Parliament’s media select committee, Julian Knight, told the Department for Digital, Culture, Media and Sport it shouldn’t consider any candidate who was deemed “unappointable” in an earlier recruitment round.

The move could be aimed at stopping former newspaper editor Paul Dacre from securing the job of leading Ofcom, which steers the U.K.’s rules on broadcasting, internet services and online content.

Prime Minister Boris Johnson said last year he favored Dacre for the position, according to a person with knowledge of the talks. However, Dacre was later deemed “not appointable” by a panel of experts hired by the government to fill the post, according to the Guardian newspaper.

The former editor of the right-leaning Daily Mail tabloid is a fierce critic of taxpayer-funded broadcaster the BBC and has suggested that the big tech platforms are “monopolistic” and should be broken up.

The recruitment process was reset in May and headhunters were hired for a re-run after a dearth of applicants and concerns among ministers that big tech companies were lobbying to influence the outcome.

“The industry standard for rerunning a recruitment campaign would note that candidates previously deemed to be unappointable should not re-apply,” Knight wrote in a letter to DCMS, which is running the process.

DCMS officials have been discussing internally whether to consider Dacre as a potential candidate in light of his views on media reform, said a person familiar with the matter. However, they have not discouraged him from applying, the person added.

A representative for DCMS didn’t immediately respond to a request for comment.

Ofcom has been without a chairman since Jan. 1 and is being led for now by interim chairman Maggie Carver.