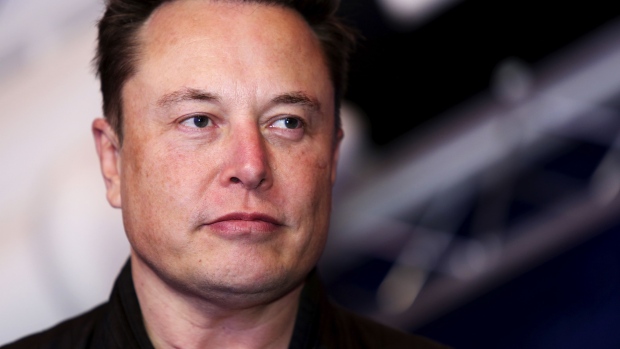 (Bloomberg) -- Not everyone’s a winner in Elon Musk’s decision to go through with the Twitter Inc. deal.

Consider the dozens of lawyers who were preparing to spar at a trial over whether the world’s richest person could walk away from the buyout -- and stood to earn millions of dollars doing it.

More than 70 lawyers were admitted to Delaware Chancery Court to represent various parties in the case -- about 30 for Twitter, most of them from Wachtell Lipton Rosen & Katz, the most profitable firm in the country, and about 20 for Musk from firms including Quinn Emanuel Urquhart & Sullivan LLP and Skadden Arps Slate Meagher & Flom LLP.

“With all the lawyers in the case and the potential for other litigation to spin out of this, such as investor suits, I could see the total legal fees reaching $1 billion,” said John Coffee, a Columbia University law professor who teaches about M&A disputes. A few other cases have reached or exceeded the billion-dollar mark in fees, Coffee said in an interview before Musk revived his bid to buy Twitter, so the amount wouldn’t be historic, but still significant.

Even without a trial, lawyers have already racked up fees sending out dozens of subpoenas to witnesses that might have been called to the stand by one side or the other.

All the Banks, Billionaires and VCs Sucked Into Twitter v. Musk

“They ought to give Elon Musk some kind of award for being the man who has done the most recently to ensure the economic health of the legal profession,” Coffee said.

Since Musk is involved in a myriad of businesses, he’s created some conflict-of-interest problems among lawyers over the years.

In the Twitter fight, both Musk’s main Delaware lawyers from Skadden Arps and Twitter’s lead firm, Wachtell, had to hire so-called conflict counsel to put out subpoenas to parties they’d represented in the past, according to court filings. For the Musk side, conflict counsel was the law firm of Chipman Brown Cicero & Cole LLP. For Twitter it was the Delaware office of Ballard Spahr LLP and the local law firm of Kobre & Kim LLP.

The massive amount of pre-trial fact-finding disputes in a case like the Musk-Twitter showdown keeps the law firms’ cash registers ringing, said Chuck Durante, a partner in Wilmington’s Connolly Gallagher LLP and the current head of the Delaware State Bar Association.

“It’s pretty difficult to quantify how much in legal fees each side will be spending, but it’s safe to say it’s going to be a good year for all the law firms involved in the case,” Durante said in an interview.

In a trial, legal fees for both sides could have reached the low-to-mid eight figures, as associates can work 14 to 16 hours a day on such cases, Peter Ladig, a Delaware lawyer who mostly handles Chancery Court cases, said in July.

Wachtell’s partners in a 2019 bankruptcy case billed $1,100 to $1,500 an hour, while its associates charged $650 to $900. Those figures have likely grown in more recent years, but law firms don’t regularly report hourly prices.

William G. Ross, a law professor at Samford University in Alabama who specializes in legal fees, said it’s not uncommon in high-powered, winner-take-all corporate legal battles for lawyers to charges as much as $1,700 per hour.

“That’s a lot of money for one hour of a lawyer’s time, but some lawyers’ time is worth it,” he said.

A recent bill for services that got some public notice is former US Solicitor General Neal Katyal’s nearly $2,500-per-hour fee for representing Johnson & Johnson in an appellate argument over the controversial Chapter 11 filing of one of its units to corral it talc-cancer liability.