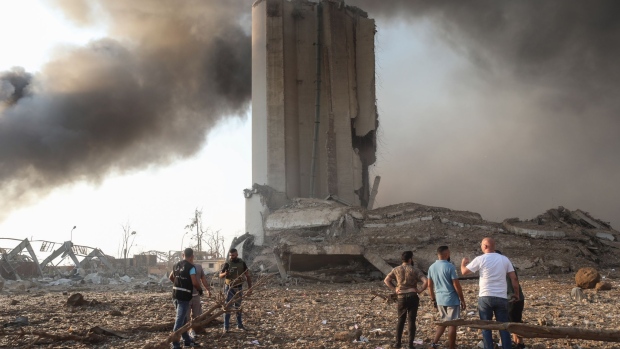 Damage following a large explosion at the Port of Beirut in August 2020. , Bloomberg

(Bloomberg) -- A Lebanese judge investigating last year’s port explosion issued an arrest warrant for a former minister after he failed to show up for questioning, National News Agency said.

Tarek Bitar had asked Youssef Finianos, who previously served as public works minister, to appear on Thursday. Former Prime Minister Hassan Diab also hasn’t appeared for questioning despite repeated requests for him to do so.

The two are among a number of officials Bitar has summoned as part of the inquiry into the blast on Aug. 4, 2020, when a large consignment of ammonium nitrate exploded at the port, damaging swathes of Beirut and killing more than 200 people. All deny wrongdoing.

More than a year on, the investigation has made little progress, drawing anger and protests from the families of the victims who want to know why the highly-explosive material was left at the port for years before the disaster.