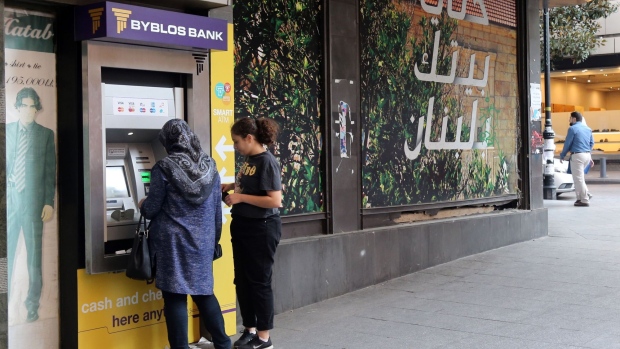 Customers use an ATM in Beirut. , Bloomberg

Lebanon’s central bank temporarily slashed interest rates on dollar and local-currency funds deposited by commercial lenders by 50 per cent, according to a circular posted on its website.

The central bank also imposed a six-month cap of five per cent on dollar-denominated deposits in the banking system and 8.5 per cent for local-currency deposits received or renewed after Dec. 4.