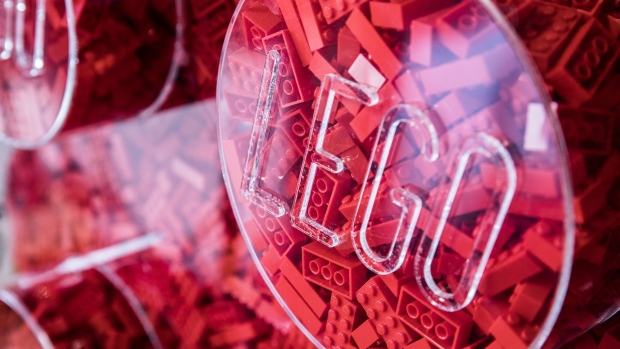 Lego toy bricks sit inside a clear plastic container at the Lego A/S plant, in Nyiregyhaza, Hungary, on Tuesday, May 9, 2017. After turning a loss-making company into the world’s most profitable toymaker, Lego is warning that it won’t be able to sustain the same growth rates it delivered in recent years. Photographer: Akos Stiller/Bloomberg , Bloomberg

(Bloomberg) -- Lego A/S  will invest $1 billion in a new factory in Vietnam to meet growing demand in Asia and help the world’s largest toymaker meet its goal of achieving carbon-neutral operations by next year.

The investment, which includes solar energy generation, will create 4,000 jobs over the next 15 years at the site located close to Ho Chi Minh City, the Danish company said in a statement on Wednesday.

It will be Lego’s sixth production site, adding to facilities in Denmark, the Czech Republic, Hungary, Mexico and China. The maker of the iconic building blocks reported in September that first half-profit more than doubled as consumers turned to its products to entertain stuck-at-home children.

Lego is also working on alternatives to oil-based plastics in its building blocks. It plans to reduce absolute carbon emissions by 37% by 2032, when also including those from its supply chain.

Construction in Vietnam is set to begin in the second half of 2022 and production is due to start in 2024, Lego said. The company will work with local authorities to plant 50,000 trees in Vietnam to compensate for vegetation removed during construction.