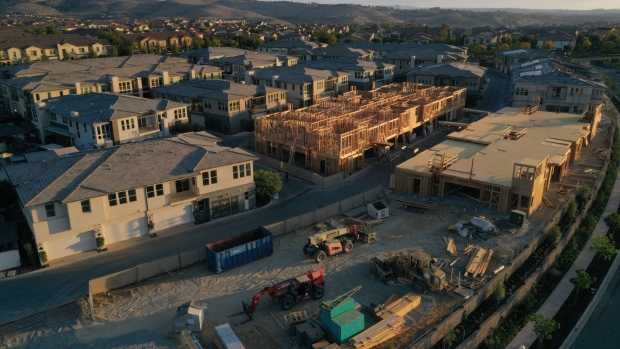 Townhomes under construction are seen in this aerial photograph taken over a Lennar Corp. development in San Diego, California, U.S., on Tuesday, Sept. 1, 2020. U.S. sales of previously owned homes surged by the most on record in July as lower mortgage rates continued to power a residential real estate market that’s proving a key source of strength for the economic recovery. , Bloomberg