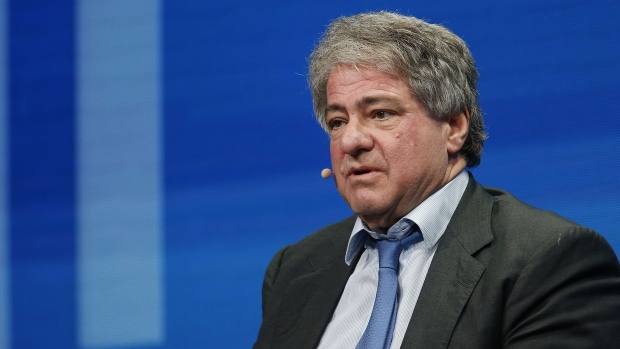 (Bloomberg) -- Leon Black’s family office hired a former JPMorgan Chase & Co. executive to oversee his investments in early-stage businesses as he builds up his holdings outside Apollo Global Management Inc.

Nikolaos Vasilatos joined Elysium Management in May as a partner and head of venture capital. He worked for about four years in JPMorgan’s strategic investments unit, which buys minority stakes in emerging and financial technology companies.

Black obtained loans against about $1 billion of his Apollo stock in April, enabling him to ramp up other investments without reducing his stake in the alternative-asset manager he co-founded or face tax payments on any sale. Black, 70, has a net worth of $10.1 billion, with almost half tied to his stake in Apollo, according to the Bloomberg Billionaires Index.

Black’s New York-based family office is run by former Imax Corp. Chairman Bradley Wechsler and has invested in restaurant chain Huddle House, art publisher Phaidon and co-working business Convene. In addition to his Apollo holdings, Black has built a world-class art collection, including Edvard Munch’s “The Scream,” and amassed luxury properties in New York and London. He maintains a stake in Apollo worth about $4 billion and has collected billions of dollars in dividends from the firm.

Black stepped down as Apollo’s chief executive officer last year after decades atop one of the world’s most powerful investment firms. It followed a tumultuous period that included a report produced by law firm Dechert that showed he paid the late sex offender Jeffrey Epstein $158 million for tax advice.

Black is also pursuing a lawsuit against Apollo co-founder Josh Harris and ex-model Guzel Ganieva alleging they conspired to destroy his reputation. A federal judge in Manhattan threw out Black’s claims last week, but the billionaire has said he plans to fight the decision and bring additional proceedings.