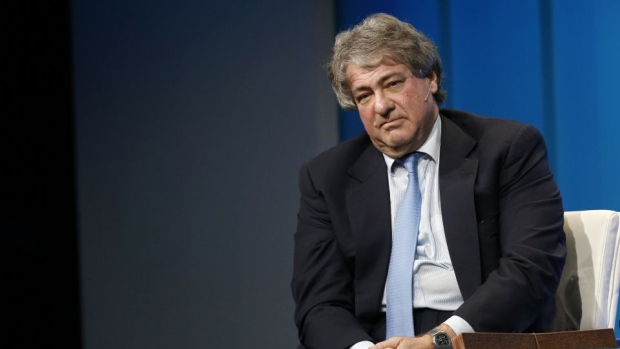 Leon Black, who abruptly stepped down last month as chief executive officer of Apollo Global Management Inc., said he made payments for years to keep a consensual affair secret and that accusations over the episode on social media had nothing to do with his departure.

Black, 69, denied allegations levied by Guzel Ganieva on Twitter, who wrote in little-noticed posts in mid-March: “I was sexually harassed and abused by him for years” and ultimately “forced” to sign a non-disclosure agreement in 2015. Black issued a statement after the New York Post reported that at least four Apollo board members had become aware of her tweets by the time he handed off his post March 21, citing unspecified health issues for himself and his wife.

“I foolishly had a consensual affair with Ms. Ganieva that ended more than seven years ago,” Black said in the statement Thursday. “Any allegation of harassment or any other inappropriate behavior towards her is completely fabricated. The truth is that I have been extorted by Ms. Ganieva for many years and I made substantial monetary payments to her, based on her threats to go public concerning our relationship, in an attempt to spare my family from public embarrassment.”

Black had previously planned to step down by the end of July as CEO of the firm he co-founded. He said that, on advice from his counsel, he asked criminal authorities several weeks ago to investigate Ganieva.

“This is entirely a personal matter,” he said. “This matter has nothing to do with Apollo or my decision to step away from the firm.”

Ganieva, reached by Bloomberg, said via text message: “I stand by what I said in my tweets on March 17.” She said she would refer further questions to an attorney.

--With assistance from Heather Perlberg.