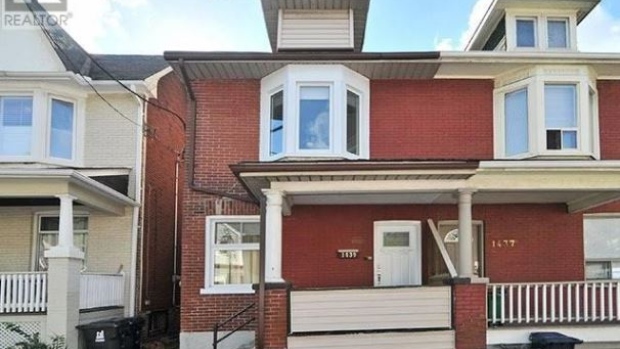 A home for sale in Toronto's Riverdale area , Courtesy of Realtor.ca

Hiking capital gains taxes in hopes of curbing speculation in the red-hot Toronto housing market is a “terrible idea,” according to a Bay Street money manager.

Ontario Finance Minister Charles Sousa sent a letter to his federal counterpart – Bill Morneau – on March 17 urging Ottawa to tax the sale of non-principal residences more across the country. Ryan Lewenza argues such a move would go well beyond what is necessary and could also be the beginning of a dangerously slippery slope.

“Real estate is very local, we are having specific problems here in Toronto,” the senior vice-president and portfolio manager at Turner Investments, Raymond James, told BNN on Tuesday. “[Sousa’s] proposal is to correct a local Toronto imbalance basically through a federal rule.”

“I would be against any increase in the capital gains inclusion… if you do it to real estate well then the next budget they’re going to do it on equities -- so now we are going across all assets,” Lewenza said. “Let’s not start monkeying around with increasing the capital gains inclusion rate, that has huge ramifications for investments whether it be real estate or stocks or bonds.”

The next federal budget will be released on Wednesday and there is widespread concern among the investment community that Ottawa may increase the current capital gains inclusion rate beyond 50 per cent. While half of any investment profits in non-registered accounts are considered part of an individual’s taxable income right now, a recent BNN poll of top Canadian money managers found most of them believe raising the inclusion rate would harm the country’s global competitiveness while increasing the government sales tax would be a less economically damaging way of raising more revenue. 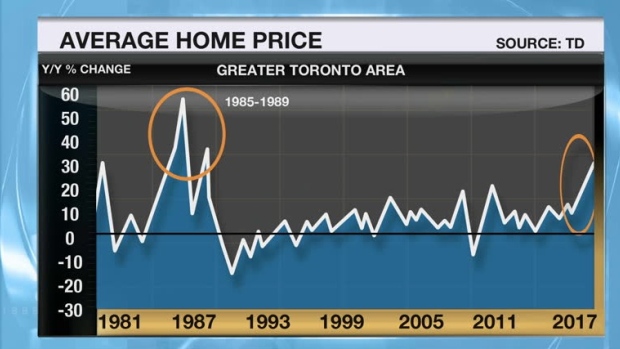 Lewenza is not opposed to more government regulation designed to cool the dramatic rise in Toronto home values, where prices have risen in some cases more than 30 per cent over the past year. However, he believes “we have to be more concentrated in our solutions to our problems.”

“I would first want to look at the foreign resident tax,” he said, referring to the 15 per cent levy imposed last August by the British Columbia government on anyone buying a home in Greater Vancouver who is not a Canadian citizen or permanent resident. “We think people overestimate the level of foreign purchases but we still do think it is a factor, so let’s start there.”

“Speculators have moved into the low-rise new housing market and it’s an issue that concerns us greatly,” said Mattamy Homes Chief Operating Officer Brian Johnston in an interview with BNN. “I really question [Ontario’s call for raising the capital gains tax on property sales] though. It looks like you’re using a sledgehammer to kill a fly.”

Lack of data is a significant part of the problem. While a recent informal and anecdotal survey of local real estate agents suggested foreign buyers make up only five per cent of Toronto home buyers, formal statistics do not exist. The federal government allocated $500,000 to Statistics Canada one year ago specifically to provide some level of verifiable analysis but no progress has been made, or at least publicly discussed, leading one veteran Bay Street executive to call the ongoing lack of data a “disgrace.”

Despite the lack of data on foreign homebuyers in Toronto, or for speculators for that matter, Sousa has recently shifted his position on whether the province would consider imposing a B.C.-style measure in hopes of spawning a sales slowdown similar to what has been happening in Vancouver since last August.

“A year ago I was thinking, ‘Let market forces prevail,” Sousa told reporters last week. “But now I’m concerned about… the ability of people to enter the marketplace. [There are] bidding wars everywhere you go, it appears, and I’m sensitive to that.”

Lewenza notes Ontario could make a similar move to what it wants from Ottawa on its own, simply by altering the current provincial land transfer tax law so those buying or selling homes that are not their principal residence pay higher taxes. Yet Lewenza also acknowledges the strategy Sousa is currently following carries minimal political risk for him or his boss, Ontario Premier Kathleen Wynne.

“Maybe [he is] passing the buck? ‘We’ll let you guys make the decision and if it goes wrong it is on you, it is not on me’,” Lewenza said, adding he has been “unimpressed” with Sousa’s handling of the Toronto housing file.

“I would want to hear [Sousa’s] rationale for this idea,” he said, “but maybe it is a bit of a passing the buck.”