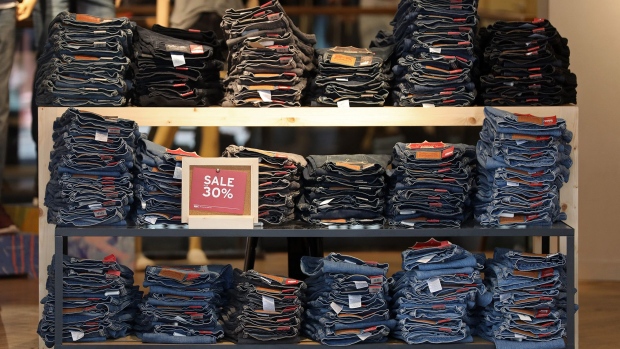 Before the pandemic, Levi’s executive team was planning on getting new leases over the next 5 or 10 years. Now that timeline has been pushed up as retailers vacate favorable locations, Chief Executive Officer Chip Bergh said in an interview. The San Francisco-based denim maker, which has about 3,100 stores globally, also is in a good position to renegotiate leases with landlords, the CEO said.

“All of these are opportunities because of the crisis,” Bergh said. “I’ve been saying inside the company: ‘Never miss the opportunity that a crisis creates.’”

Levi, which went public last year for a second time in its 167-year history, is navigating a dramatically changed retail industry, with shoppers shifting spending away from apparel to groceries and other household staples.

The health crisis has shaved more than US$1 billion off the company’s sales expectations for 2020. Going into the year, Levi’s was expecting revenue of more than US$6 billion, Bergh said on a video call, working remotely in his Levi’s hoodie. Now analysts are predicting $4.1 billion for the fiscal year ending in November, down 29 per cent from 2019.

The retail market will continue to “shift fairly dramatically,” Bergh said, citing the bankruptcies and store closures sweeping the country. “And there are going to be more to come.”

Like retail peers, Levi closed its U.S.-based stores in mid-March to stem the spread of the virus and didn’t start opening them again until May. Even now, as 92 per cent of its locations are open globally, the retailer is considering re-closing stores in areas of the country where COVID-19 cases have spiked, Bergh said.

Health concerns are disrupting planning for the U.S. holiday season. With questions over whether shoppers will feel comfortable being in crowded stores, many retailers have said they won’t open on Thanksgiving. Levi’s has consulted with an epidemiologist regarding store strategy, Bergh said, adding he and the board are “hotly debating” whether stores will be open on Black Friday.

“We’re going to wait until we get a little bit closer to that time to see where the consumer is at,” he said. “It’s going to be a combination of what are the health metrics around the country, how many of our stores are open, what is traffic looking life, what are we hearing.”

Levi has become more conservative with inventory, which rose 10% in the most recent quarter. The company wants to pick up more real estate as a record number of retail bankruptcies continue to sweep through the sector. J.C. Penney Co., one of its wholesale partners, recently filed for bankruptcy.

While its relationship with wholesale partners remains profitable, Levi’s reliance on department stores has waned in recent years. Bergh, who joined in 2011, said the proportion of sales from wholesale has shrunk considerably in his time, while its business with Amazon.com Inc. has been strong.