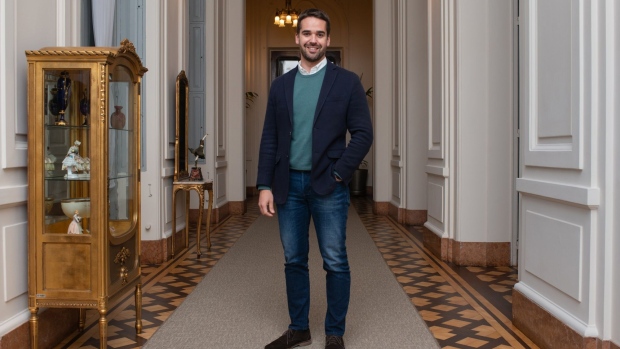 Eduardo Leite at his office in Porto Alegre, Brazil. , Bloomberg

(Bloomberg) -- The governor of Brazil’s southernmost state, an LGBTQ millennial, is likely to win his party nomination, possibly becoming a third-way presidential candidate in what’s expected to be a polarized election in 2022, according to Eurasia Group.

Eduardo Leite is favored to beat Sao Paulo Governor Joao Doria in the November primaries of the Brazilian Social Democracy Party, or PSDB, Eurasia said in a report published Thursday.

The winner of the PSDB nomination will offer a market-friendly option to voters in the highly-anticipated election that is likely to pit President Jair Bolsonaro against former President Luiz Inacio Lula da Silva, the political consultancy said.

The report cites Leite’s support from most PSDB state chapters as an advantage and says, “while Doria can garner the most votes in Sao Paulo, a growing number of party members think Leite is better positioned to run against President Jair Bolsonaro next year.”

However, a third-party challenger has only a 20% chance of reaching the second round of the election, says the report. Those odds could rise, it added, if Brazil’s economic and energy crises worsen in the lead-up to the vote.