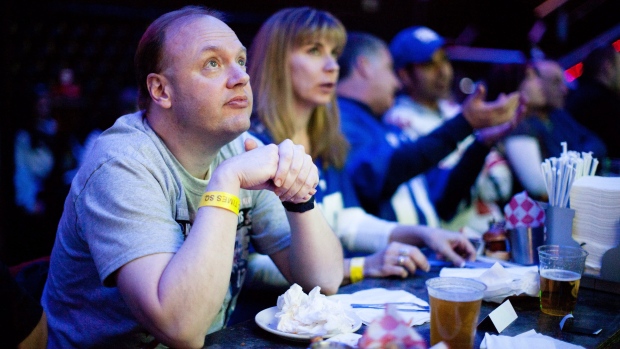 Two federal MPs are throwing a challenge flag over Canada’s new all-American policy on Super Bowl ads, hoping the country’s broadcast regulator will rethink a decision they say could cost tens of millions of dollars.

The Canadian Radio-television and Telecommunications Commission is forcing the National Football League to run an unfiltered broadcast of its championship game so that Canadians can see the big-budget, star-packed ads some grumble about missing each year.

But that’s caused alarm from numerous parties: the NFL, which sold the Canadian rights to the game; U.S. federal commerce officials; CTV, which paid for the Canadian rights and recoups costs by selling domestic ads; and Canadian advertisers, who say the snap decision is costing them money on their biggest day of the year.

Bob Nault and Wayne Easter have written letters to several policy-makers saying the decision is costing the Canadian economy tens of millions of dollars, that it will result in the airing of ads for some products Canadians can’t even buy, and they’re urging a policy change before the Feb. 5 game.

“There seems to be no real rationale for making this kind of a one-off decision,” Nault said in an interview Thursday.

“This has a huge impact... Just one company — (CTV owner Bell Media) — is forecasting about a $40 million loss. This is serious. And what shocks me the most is the information we’re receiving is that this was all based on less than 100 people complaining that they couldn’t see the American commercials.”

The CRTC adopted its new policy in early 2015 as it studied the broader issue of simultaneous substitution — the process where Canadian rights-holders place domestic ad spots they’ve sold into a live broadcast.

The federal regulator said the quality of such broadcasts can be spotty. It also pointed to complaints about missing Super Bowl ads. In the end, the regulator maintained simultaneous substitution for every type of broadcast — except the Super Bowl.

That prompted howls of protest from the NFL and its Canadian partners about discriminatory treatment. It has enlisted well-connected U.S. lobbyists, who have raised the issue with American federal officials.

They’re hoping to exert some pressure on the broadcast regulator before its January board meeting — in an effort to get a reversal, just before the big game Feb. 5. The CRTC is an arm’s-length body, meaning it can act independently.

However, Nault said there are different ways to spike the decision.

Those include appealing to Health Canada, which regulates health-related advertisements in the country, to argue that U.S. broadcasts often feature ads for pharmaceuticals that aren’t allowed in Canada.

Nault said he believes Health Canada, for instance, has the power to order a pause on CRTC policy: “That’s one option.”

These latest letters follow similar ones from the U.S. Commerce Department to two Canadian federal departments, and from the NFL to David MacNaughton, Canada’s ambassador to Washington.