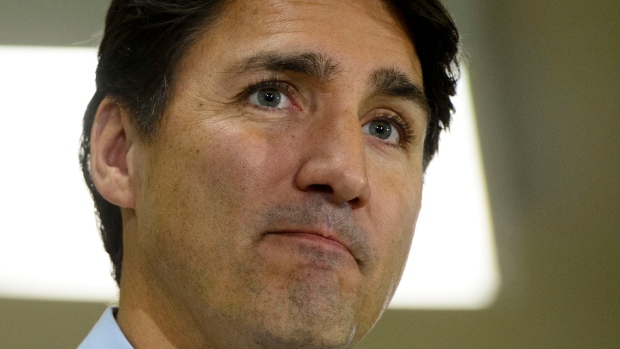 FREDERICTON -- Justin Trudeau is promising to do more to boost incomes for seniors, widows and widowers.

He says a re-elected Liberal government would increase old age security by an extra 10 per cent once a senior turns 75, and will boost the Canada Pension Plan survivor's benefit by 25 per cent.

Trudeau made the announcement at a lawn bowling club in Fredericton, a riding the Liberals picked up in 2015 as part of their sweep of the Atlantic provinces.

While the Liberals -- and other parties -- have been targeting young families in the early stages of this campaign, voters over the age of 65 are often those who most reliably show up at the polls.

"Our parents have worked so hard and sacrificed so much to give us a good life," Trudeau said.

"Once they get to retirement they shouldn't have to worry about their savings running out."

Survivor benefits would see an increase of $2,080, while the increases to OAS mean $729 more for seniors each year. It would take effect in July 2020 and be indexed to keep up with inflation.

Trudeau is spending most of the day in New Brunswick before moving onto Nova Scotia for a campaign event this evening.