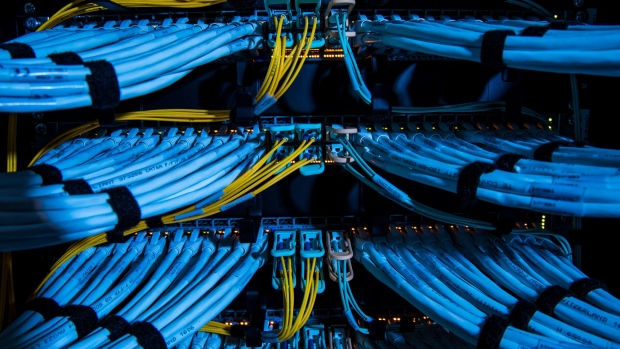 (Bloomberg) -- Billionaire John Malone’s cable group Liberty Global Plc is talking to partners about ways to carve out its network assets, according to people familiar with the matter.

London-based Liberty is considering splitting off its telecom infrastructure such as cables and fiber, leaving its remaining businesses to focus on providing mobile, internet and TV services, said the people, who asked not to be named because the discussions are private.

Executives at Spain’s Telefonica SA, which co-owns Liberty’s biggest asset -- Virgin Media O2 -- are open to applying that idea to their recently-merged U.K. business, the people said. Liberty also co-owns VodafoneZiggo, a joint venture in Holland, Telenet Group Holding NV in Belgium, and Sunrise UPC in Switzerland. It’s hired consultancy Accenture Plc to help with the work, according to two of the people.

Virgin Media O2’s fixed-line network could be worth about 9.8 billion pounds ($13.5 billion), according to Bloomberg Intelligence analyst Erhan Gurses. The estimate is based on the multiple achieved by Italy’s Open Fiber when it sold a stake to Macquarie in August, and factors in a premium to account for the U.K.’s different economic and competitive environment.

Liberty Global has a current market capitalization of $16.5 billion. Details such as how Liberty might group the network assets haven’t been decided, and it’s possible that the company won’t follow through with the plans, the people added.

Spokesmen for Liberty Global and Telefonica declined to comment, and a representative for Accenture didn’t respond to requests for comment.

A restructuring could help Liberty Global to tap investor demand for pure digital infrastructure and raise funds for upgrades or expansion. Newbury, England based group Vodafone Group Plc has listed its thousands of mobile antennas in a separate business called Vantage Towers AG, which is currently valued at 15 billion euros ($17.5 billion).

Fiber operators and mobile mast companies command higher market valuations than integrated telecom carriers because investors are attracted to the infrastructure’s reliable returns, but remain wary of the competition and regulation involved in actually selling the services.

Telefonica has already separated out and sold stakes in its mobile masts, and is considering options for its Spanish fiber network including a stake sale. Rivals are also pursuing spinouts: Alongside Vantage Towers AG, a Macquarie-led consortium has worked on splitting up Danish carrier TDC A/S.

Other strategic moves are on the cards: Virgin Media O2 is in long-running negotiations with Comcast Corp.’s Sky over ways to collaborate, which could include network co-investment, the people said.

Liberty Global Chief Executive Officer Mike Fries has said the group’s companies are undervalued and it is also examining potential IPOs. Meanwhile the company is co-investing in digital infrastructure with the launch of AtlasEdge, a data center joint venture co-owned by Digital Colony, and Liberty Networks Germany, a fiber joint venture with InfraVia Capital Partners.