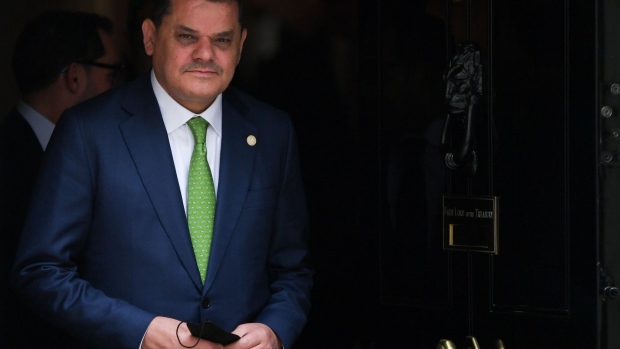 (Bloomberg) -- Libyan Prime Minister Abdul Hamid Dbeibah urged supporters to demonstrate on Friday, as a parliamentary vote to withdraw confidence from his unity government risks a new political rift in the OPEC nation.

Hailing “honorable” deputies in the parliament who voted against Tuesday’s motion, Dbeibah also told a small group of demonstrating supporters in the capital, Tripoli, later that day that “legitimacy will be yours, and you will decide in the elections” slated for December.