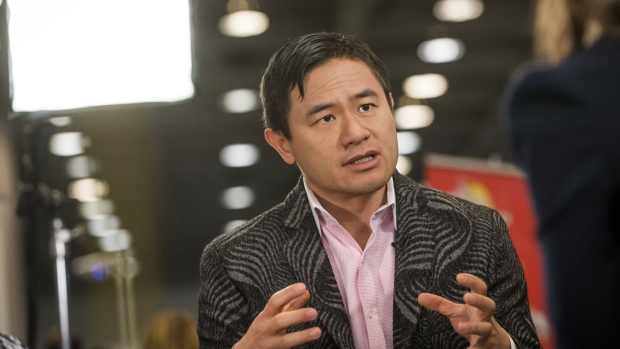 (Bloomberg) -- Jeremy Liew, the face of venture capital firm Lightspeed Venture Partners, is stepping back from investing after 15 years in which he made early bets on startups like Snap Inc. and Affirm Inc.

Liew, who worked at early web companies like Netscape and AOL before becoming a VC, was the first investor in Snap. He got Snap co-founder Evan Spiegel to pitch an initial investment of $485,000 in 2012 while Spiegel was still a sophomore at Stanford University. Snap’s initial public offering in 2017 represented a major windfall for Lightspeed. The company has grown its stock price 340% since then to become a $118 billion social media giant.

In 2013, Lightspeed co-led the first institutional round of funding for Affirm, the fintech company run by PayPal co-founder Max Levchin, which went public this year and is now worth $31.6 billion. Liew also sits on Affirm’s board.

Liew will continue to hold the title of partner at Lightspeed. On Twitter, the firm said that Liew “will focus on supporting existing portfolio companies and developing the next generation of our team in our next fund cycle.” Liew tweeted that, “I'm glad to continue as a partner at Lightspeed in my new role, and support their success and that of our firm and portfolio companies!” Congratulated on his next project, Liew tweeted: “Nothing is next, i’m continuing on as a partner at @lightspeedvp!”

Lightspeed and Liew did not immediately respond to a request for comment.