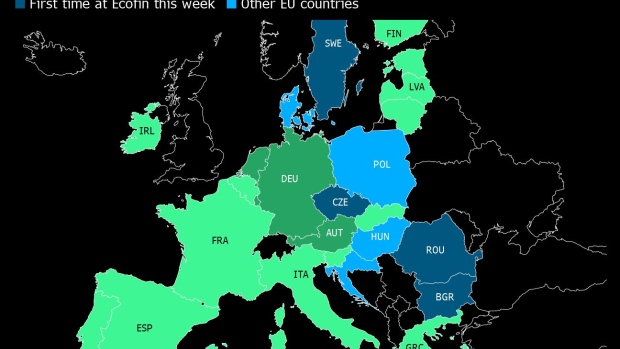 (Bloomberg) -- Germany’s Christian Lindner may be the biggest name to make his debut at a gathering of euro-area finance ministers in Brussels on Monday, but he’s far from alone: His newly appointed counterparts from the Netherlands, Austria and Luxembourg will also make their initial appearances in the club of countries that use the single currency. On Tuesday, they are joined by the eight finance chiefs of the broader European Union, four of whom -- from Czech Republic, Sweden, Romania and Bulgaria -- are also there for the first time. On Monday, ministers will compare the impact of the stimulus packages in the region and the U.S. and explore the appetite to progress on the banking union, while the full 27 ministers will use Tuesday to discuss implementing the global tax deal on the minimum rate of 15% and the state of play on recovery plans.