Microsoft Corp.’s LinkedIn professional-networking site will make it easier for job seekers to find remote and hybrid roles, an attempt to respond to seismic changes in workers’ attitudes during the pandemic.

New options will let users filter out roles in traditional offices or find workplaces that offer a mix, the company said in a blog post Thursday. LinkedIn also plans to make it easier to find out about companies’ vaccination requirements.

The COVID-19 pandemic has led employees to rethink how, where and why they want to work — a shift LinkedIn is calling “the great reshuffle.” Jobs listed on the site as “remote” continue to increase, with such postings jumping more than 8.5 times since the start of the pandemic to 16 per cent of the total in August.

But in-person work isn’t going away, the company said. Microsoft’s own rank-and-file workforce plans to return to the office more frequently than managers expected, according to an internal survey. Eight percent of non-managerial employees said they plan to be in the office every day, compared with manager expectations for only 1 per cent. 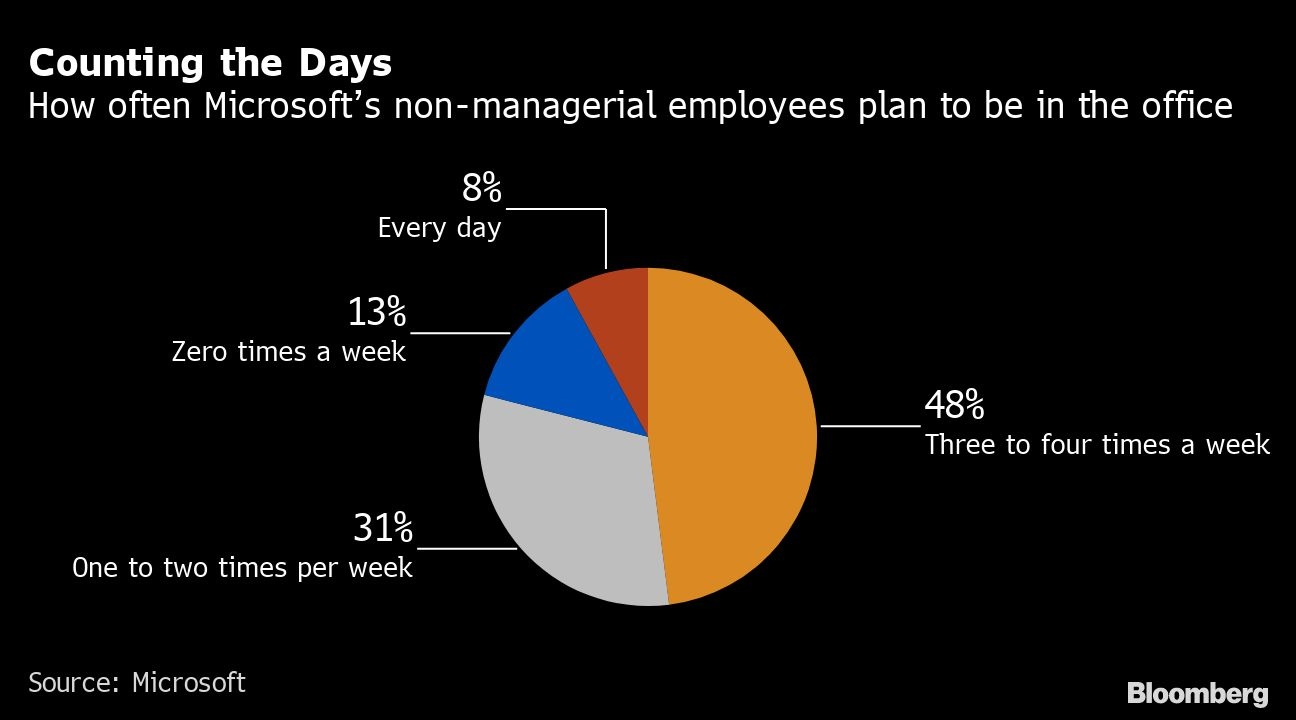 Nearly half of Microsoft employees plan to come in to the office three to four times a week, the survey found. That’s well above the 28 per cent that managers expected. Still, the results showed that bosses generally plan to log more time in-person than their employees do.

In a twist, employees who would prefer staying home and staffers who want to go back to the office both gave the same reason: They felt it was easier to focus on work.