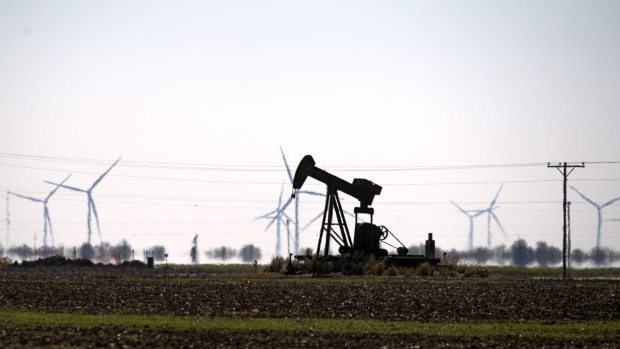 The U.S. electric industry plans for the weather of the past, building systems that can withstand the intensity of storms, heat waves and cold snaps long considered normal. But that normal has been made obsolete by climate change that’s has already pushed global average temperatures beyond bounds of the past. Extreme weather events like last week’s Texas deep freeze that left millions of homes and business in the dark were once written off as “ black swans,” so rare it didn’t pay for utility companies to prepare for them. Now they are happening with greater frequency.

“Extreme heat events, extreme storm events have become more common, and the infrastructure we have right now, across the board, has been designed for the weather of the 20th century rather than the climate of the 21st,” said Constantine Samaras, associate professor of civil and environmental engineering at Carnegie Mellon University.

What was until recently considered a storm of the century now lands every few years, and yet the way we build and run the power grid hasn’t adapted. What has changed most visibly on the grid is renewable energy. Critics rushed to blame snow-covered solar panels and frozen wind turbines for last week’s massive Texas blackouts. While single-digit temperatures knocked out some renewable power, by far the bigger problem came from older technologies. Natural gas wellheads, pipelines and power plants that account for the majority of energy in Texas suffered widespread malfunctions in cold they weren’t designed to handle.

The Electric Power Research Institute, a think tank serving utilities, warned in a recent study that the industry “systematically understates” the likelihood and severity of extreme weather events striking multiple power plants at once. The study arrived two weeks before a cold snap hammered Texas, bringing about just such a scenario.

Most of the industry’s planners have long used an unofficial standard that hardens systems enough to ensure that they would only be forced offline for one day out of ten years, according to Daniel Brooks, vice president of integrated grid and energy systems at EPRI. But those expectations of what passes for the worst weather in a 10-year span are based on past experiences accumulated over decades.

That raises the question of how utilities that often employ their own meteorology departments might plan for the moving target of climate change. “Not only is our past not a great predictor of our future, but the present isn’t a good predictor, either,” said Emily Grubert, assistant professor of environmental engineering at Georgia Tech.

The need to change planning standards will only increase, Brooks said, if the fight against global warming leads society to electrify many things that now use fossil fuels, from cars to homes. That’s the linchpin of President Joe Biden’s climate agenda, and it’s a trend already picking up momentum with local efforts in many U.S. cities to ban natural gas hookups for new buildings.

“An outage is going to have much more of a societal impact,” Brooks said. “That risk level we plan to obviously needs to evolve, not just because of the changing climate.”

Blaming blackouts on renewables, instead of poor planning and vulnerable infrastructure designed for a vanishing climate, has become a favorite tactic of political conservatives opposed to the energy transition. And it’s a phenomenon that’s not just in the hyper-polarized climate politics of the U.S.

The same criticism has followed outages in Australia and the United Kingdom, with fossil-fuel supporters casting the disruptions as proof that renewables are unreliable. The coal- and gas-fired grid of the past, the argument goes, simply wasn’t as prone to collapse. The newer, renewable technologies rapidly expanding on the grid can’t be trusted.

“It just shows that fossil fuel is necessary for the state of Texas, as well as other states, to make sure we will be able to heat our homes in the winter time and cool our homes in the summer time,” Texas Governor Greg Abbott said on Fox News last week, as much of his state lay in the dark. But wind accounted for less than 13% of Texas power generation knocked out by the cold, according to the state’s grid operator. Most of the missing power came from gas.

“The facts on the ground are, this was a natural gas problem,” Samaras said. “The notion that folks had to go around and debunk disinformation for the first five days of this is disheartening.”

Renewables can play a role in climate-induced electrical failures. During California’s rolling blackouts in a heatwave last summer, solar plants continued working. But that couldn’t compensate for many older gas-fired power plants that had closed in recent years. Those closures didn’t matter during the day, when the state’s many solar power plants often crank out more electricity than California can use. But when the worst heat in decades struck the West Coast in August, with temperatures 10 to 20 degrees above normal, electricity supplies grew tight near sunset.

The heat was powerful enough that some of the remaining gas plants malfunctioned or couldn’t generate as much electricity as they usually do. Utilities cut power to almost a half million homes and businesses Aug. 14, 2020, and slightly fewer the next. The blackouts lasted less than two hours, in most cases, and prompted California officials to give temporary extensions to four gas plants that had been scheduled to close.

“That was a clear-cut case of not keeping up with the climate we have,” Grubert said. Now there’s a rush to install enough large-scale batteries on the state’s grid this year to supply as much electricity as a nuclear reactor, although only for four hours at a time.

Grubert worries that changing climate conditions will expose another lurking problem on the grid: deferred maintenance. Treating extreme heat waves or deep freezes as unpredictable black swans can be an excuse for under-investment. “They’re rare,” she said, “so why spend money on something rare when you can say it’s completely unforeseeable?”

But hardening grids against any kind of wild weather costs money, said Tom Fanning, chief executive officer of utility giant Southern Company. And those costs eventually make their way into monthly utility bills, so he doesn’t undertake such measures without thinking about normal weather conditions.

“It’s like buying a winter coat in Miami,” Fanning said. “How often do you pull that baby out?