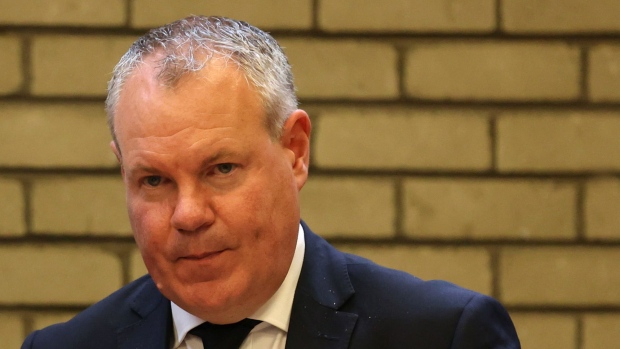 (Bloomberg) -- Conor Burns, the UK trade minister fired by Liz Truss following a complaint of “serious misconduct” at this week’s Conservative Party conference, is set to be awarded a knighthood by her predecessor Boris Johnson as part of his resignation honors list, according to the Times.

As outgoing prime minister, Johnson has the right to ask the monarch, King Charles III, to grant peerages, knighthoods and other awards to any person he thinks worthy of the title. According to the Telegraph, Johnson is set to name at least 15 new Conservative peers to the House of Lords, while Labour will get eight.

But putting forward Burns’s name for a knighthood is likely to revive accusations of cronyism, renew focus on the behavior of Conservative lawmakers and heap more pressure on the current premier. After a miserable party conference punctuated by policy U-turns and political infighting, Truss returns to a new session of parliament and a live debate on Wednesday with Labour Party leader Keir Starmer.

Burns, 50, has also been suspended from the parliamentary party pending an investigation. He has said he looked forward to clearing his name.

A close ally of Johnson, Burns has been in trouble before. He resigned as a trade minister in 2020 after the standards watchdog found he used his position as an MP to intimidate a member of the public. He was named a minister in the Northern Ireland office last year, and Truss reinstated him at the trade department a month ago.

By firing Burns quickly, Truss would have hoped to avoid the fallout of the Chris Pincher affair, in which Johnson angered his backbenchers by not immediately dismissing Pincher over allegations of sexual assault. But the prospect of Burns being called “Sir Conor” puts the party at risk of criticism again.

The suspension of the whip from Burns reduces the Conservative Party’s working majority in the House of Commons to 69. Elected in 2010, Burns is the MP for Bournemouth West and has a majority of 10,150.