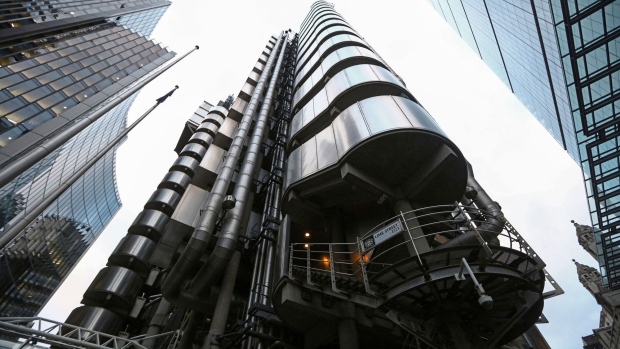 Lloyd’s of London, the world’s largest insurance exchange, is pushing the industry to do better on diversity recruitment with tougher new hiring and disclosure targets for its members.

A third of all new hires should come from ethnic minority backgrounds, the firm has told the insurers and more than 300 brokers that use its marketplace. They’ll also need to collect staff ethnicity data from this year to help Lloyd’s keep track of progress, according to a statement Friday.

The storied institution stepped up its diversity focus in response to the Black Lives Matter movement and an earlier Bloomberg investigation into sexual harassment and loutish behavior at the exchange, Chief Executive Officer John Neal said in an interview. Some 8% of staff at member firms currently come from an ethnic minority background, compared to 22% at Lloyd’s own offices.

“We wanted to get ahead of the curve in terms of our reporting,” Neal said. “If you are not inclusive then you do not have inclusive discussions and thinking in the business, and I think that is a threat to the fabric of the business.”

Lloyd’s initiative is the latest effort by City of London firms to review hiring policies and boost diversity in the work force. Much of that effort has so far focused on boosting representation by women where data collection is easier, including a government-backed target that boards of publicly listed firms have at least one third female membership.

Lloyd’s began overhauling its hiring policies after Bloomberg reported on a culture of endemic sexual harassment where women avoided the male-heavy trading floor. Since then, Neal said there’s been a noticeable change and the firm last year set an interim target for 35% female board seats at member firms.

Members that failed to hit the gender diversity target have in some cases had to post more capital with Lloyd’s as punishment, Neal said. While the 300-odd brokers at Lloyd’s are not regulated by the exchange, they can be threatened with loss of market access if they fail to shape up, Neal said.

“In the vast majority of our marketplace, there is no hesitation to step into the debate and discussion and want to make a change,” he said.