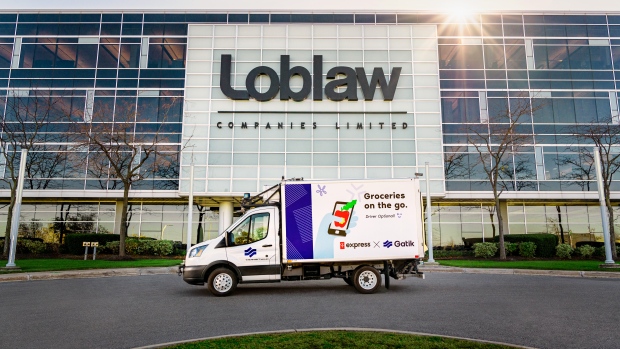 BRAMPTON, Ont. -- Loblaw Companies Ltd. beat expectations as it reported its third-quarter profit rose compared with a year ago, helped by strong demand in stores and online.

Canada's largest grocery and pharmacy chain says it earned a profit attributable to common shareholders of $431 million or $1.27 per diluted share for the 16-week period that ended Oct. 9.

The result compared with a profit of $342 million or 96 cents per diluted share in the same period last year.

Analysts on average had expected an adjusted profit of $1.48 per share and $15.89 billion in revenue, according to financial markets data firm Refinitiv.