The brutal selloff in COVID-19 lockdown winners may not be over yet.

After losing more than US$218 billion in combined market value since their pandemic-driven boom, shares of Peloton Interactive Inc., Zoom Video Communications Inc. and DocuSign Inc. are at risk of even more losses, if this earnings season is any guide.

First-quarter results for stay-at-home stocks kicked off with an alarm bell when Netflix Inc. plunged 35 per cent after saying it had lost customers for the first time in a decade. And last week, shares in telemedicine company Teladoc Health Inc. had their worst day ever, tanking 40 per cent after the company slashed its forecast amid a slowdown in sales.

“If you were to take a basket of pandemic winners, it would certainly include names that got overvalued and deserved to be hit,” said Michael Scanlon, who manages the John Hancock Balanced Fund. 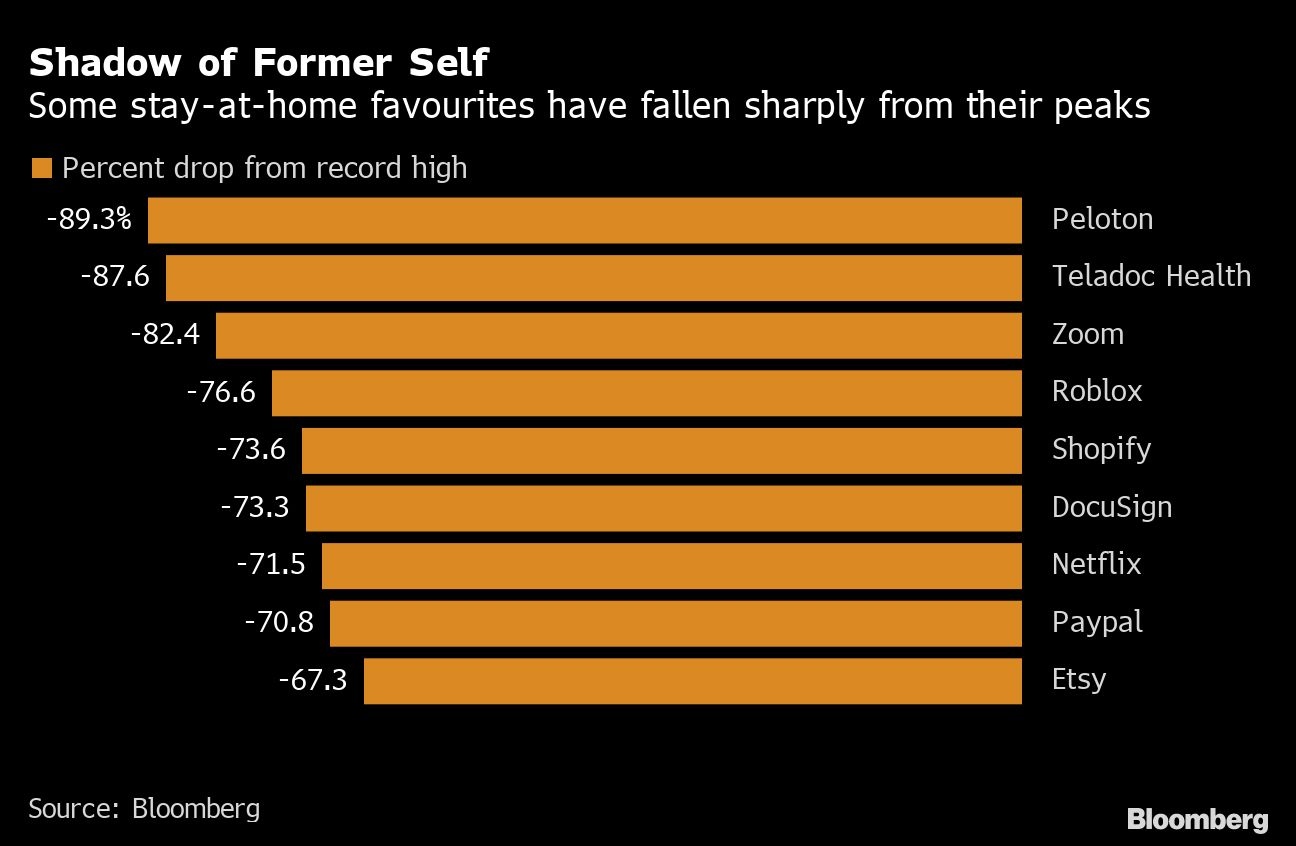 Analysts have cut estimates for stay-at-home winners, with full-year earnings forecasts slashed by nearly 40 per cent for home fitness equipment maker Peloton over the past quarter. Estimates for video conference provider Zoom have been cut by 20 per cent while those for electronic-signature company DocuSign have been reduced by 7.6 per cent, according to data compiled by Bloomberg.

After meteoric rallies in 2020 as lockdowns kept consumers at home, shares in pandemic darlings have suffered amid vaccine rollouts, return to office mandates and people going back to brick-and mortar stores.

“Many of the names are recognized as the winners during the pandemic but frothy expectations are being priced out completely in these stocks,” said Peter Garnry, head of equity strategy at Saxo Bank.

Still, with estimates coming down, an earnings beat or positive commentary from any of the stay-at-home group could support shares. Paypal Holdings Inc. rallied after reporting a better-than-expected first quarter, despite cutting its full-year outlook, with analysts saying that the guidance reset makes the path to future outperformance clearer.

And analysts’ price targets suggest they haven’t given up on the pandemic winners-turned-losers yet. Peloton’s shares are expected to more than double in the next 12 months, while Zoom has a return potential of 56 per cent and DocuSign is expected to climb 25 per cent, according to data compiled by Bloomberg.

For Wedbush Securities analyst Dan Ives, there’s a difference between the “have and have nots” in the tech sector in the current environment of tightening monetary policy and a possible recession. He prefers product-driven companies like Apple Inc., software providers like Microsoft Corp. and cybersecurity stocks.

“The work-from-home poster children such as Netflix, Zoom, DocuSign, etc. will continue to see multiples compress as results soften off pandemic highs,” he said in a May 3 report. Ives downgraded DocuSign to a sell-equivalent rating. 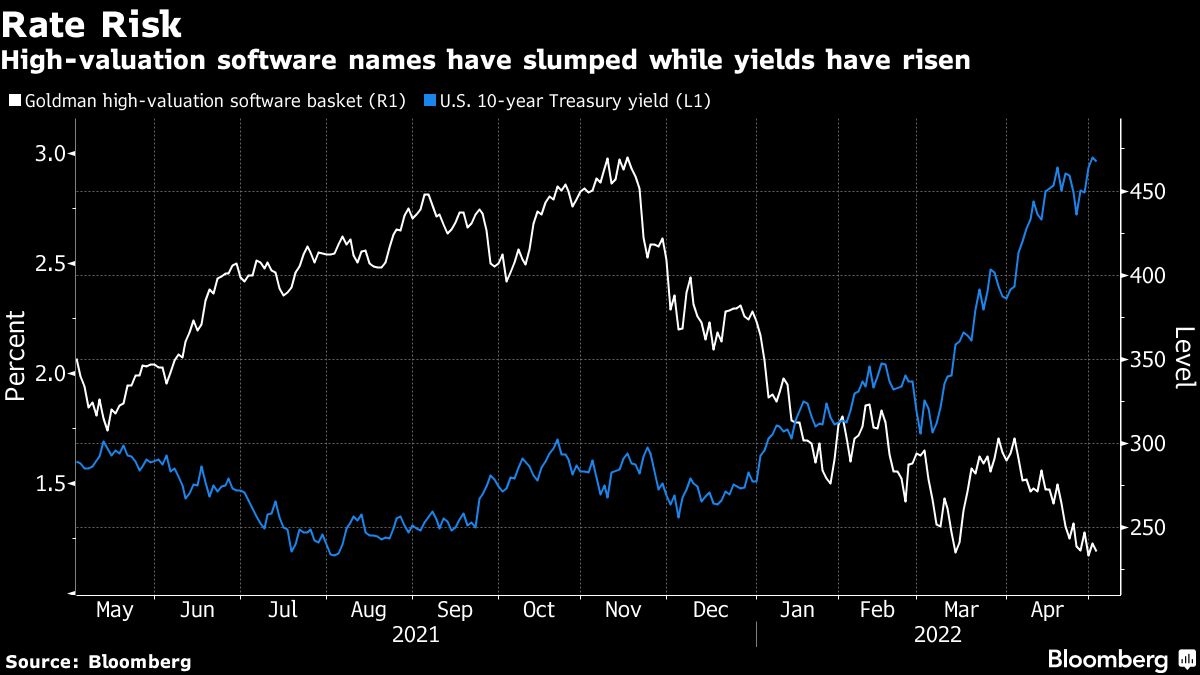 Treasury yields have been rising throughout 2022, putting pressure on the most expensive names within tech, which are often priced on growth expected in the distant future. A Goldman Sachs basket of software stocks with enterprise values of at least 8 times sales fell 2.2 per cent on Tuesday, with the index losing half of its value since a November peak.

Meanwhile, the U.S. 10-year yield has gone from a low of about 1.3 per cent in December to nearly 3 per cent today, around its highest level since 2018. This comes amid what is expected to be a series of Federal Reserve rate hikes. The central bank is widely expected to deliver a 50 basis-point increase today.