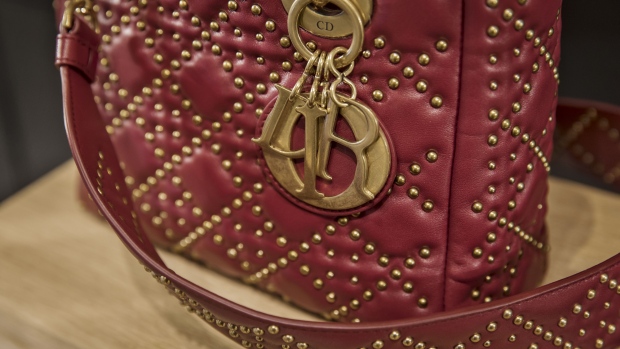 Sales at LVMH Moet Hennessy Louis Vuitton SE’s fashion and leather goods division rose 12 per cent, excluding currency movements, in its third quarter — not far off the levels it was achieving before the pandemic struck. The Bloomberg consensus of analysts’ expectations for the period was for a 0.9 per cent decline.

Instead, the bumper performance shows how demand for expensive handbags, cars and watches bounced back once affluent consumers could emerge from their homes and spend some of the money they saved during lockdown. It’s worth remembering as Europe once again tightens restrictions on movement.

In China, whose consumers could account for 45 per cent of global luxury sales this year according to Jefferies, shoppers treated themselves as stores reopened. And this so-called “revenge spending” phenomenon has expanded to the U.S. and even Europe, as wealthy individuals divert money they would have splurged on overseas vacations and restaurant dining to high-end boutiques.

Until recently, stock markets have rebounded strongly, which typically encourages U.S. consumers to spend. As a result, women may spring for a Christian Dior Bobby bag. Men might shell out on a designer timepiece. Watches of Switzerland Group Plc, the U.K.-based watch and jewelry retailer, recently reported better-than-expected sales.

But these results are not just confined to luxury items you can wear.

Late on Thursday, Mercedes-Benz owner Daimler AG reported a stunning 5.1 billion euros of industrial free cash flow for the July to September quarter. Its mainly white-collar clientele appear to have been less affected by the pandemic than the hard-hit services sector. Cars have also become pretty handy if you’re worried about using public transport or you’re considering a move from the city to the country.

Mercedes-Benz’s big presence in in China — where sales rose 23 per cent year-on-year during the third quarter — has been a big advantage too.

Looking ahead, another beneficiary of this bling boom may be Apple Inc., whose top-of-the-range iPhone 12 Pro becomes available for pre-order Friday. Having saved some money during lockdown, consumers might be more willing to splurge on the more expensive new handsets: The iPhone 12 Pro Max costs US$1,199, while the iPhone 12 Mini, with fewer bells and whistles, is priced at US$649.

But there are grounds for caution, as the luxury recovery may not be evenly spread across the industry. If consumers are going to make a special purchase, it’s likely to be from one of the best-known names. LVMH has two: Louis Vuitton and Christian Dior. When it comes to watches, the hottest brands right now are Rolex (there are already waiting lists for its new brightly colored Oyster Perpetual models), Patek Philippe and Audemars Piguet — all privately owned.

Watches, handbags and jewelry are also items that work in casual settings. Other high-fashion products, such a formal dresses and stilettos, may be more affected by the lack of events to dress up for. An exception is Moncler SpA’s puffer jackets, which could be in demand as winter approaches, particularly if socializing has to move outdoors.

Meanwhile, as concern over the pandemic’s economic toll mounts, the thrill of spending may wane. Add in the damage from a second virus wave in Europe and uncertainty around the U.S. election, and even wealthy consumers may choose to stash, rather than splash, their cash.

For now, however, bling is back. Luxury goods groups should make the most of it while they can.