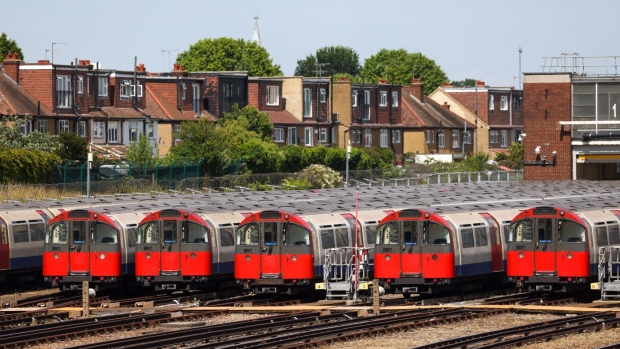 Transport for London is bidding for supplies of solar or wind power from a new-build facility over a 15-year period to begin between January 2024 and June 2026, according to a tender summary published on a UK government website.

London’s passenger rail network, including the Tube, is powered by electricity. TfL currently purchases its electricity on the wholesale market via the Crown Commercial Service.

Mayor Sadiq Khan is aiming for London to be net zero carbon by 2030 and has said TfL will procure 100% renewable energy by then. The transport authority is seeking a power purchase agreement for 150 to 200 gigawatt hours a year, equivalent to just over 10% of its electricity use in its 2020-21 financial year.

UK power prices have risen dramatically in the past year, driven primarily by a reduction in Russian gas supplies to Europe.

While prices for long-term power purchase agreements have also risen, “they are still substantially cheaper than average forward prices, making them a desirable option for buyers,” a recent survey by BloombergNEF found.