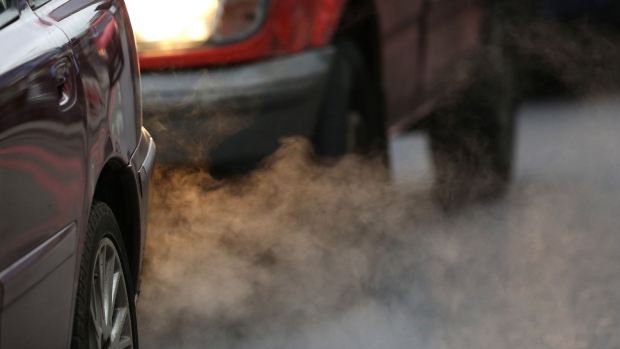 (Bloomberg) -- London could broaden the area for charging polluting vehicles to help meet the city’s net zero carbon-emission targets by 2030, according to a new report.

Traffic must reduce by at least 27% in the U.K. capital by the end of the decade to meet climate goals, a publication by Element Energy on behalf of Mayor of London Sadiq Khan said Tuesday. More action is therefore required to reduce vehicle use, it said.

Options under consideration including extending the so-called ultra-low emission zone to cover Greater London or adding a small charge for all but the cleanest vehicles. Another idea could see a fee levied on non-London registered drivers entering the city.

The proposals come as Khan struggles to find a solution to Transport for London’s financial difficulties, brought on after transport use dropped during the pandemic. A temporary settlement with the government expires on Feb. 4. Yet they are also likely to stoke controversy, as they will make doing business in the city more expensive for many firms.

The Mayor and TfL will begin a period of consultation with Londoners, local government and businesses on the proposed changes. The chosen plan would be implemented by May 2024.