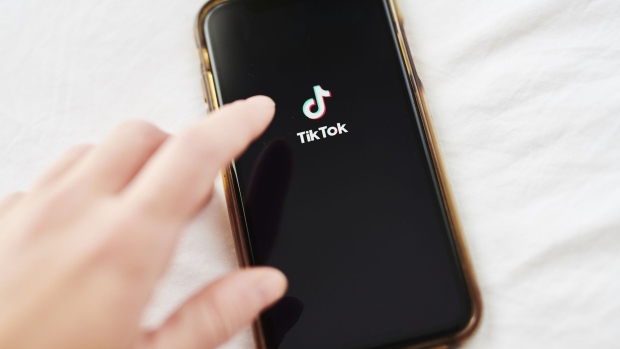 The TikTok app on a smartphone. Photographer: Gabby Jones/Bloomberg , Bloomberg

A London judge granted a 12-year old girl anonymity so she can take TikTok to court over allegations the social-media company violated the European Union’s strict data protection rules.

The London child “intends to go to a court asserting -- rightly or wrongly -- that her privacy rights and those of others like her have been infringed in ways that call for a remedy,” Judge Mark Warby said in a decision Wednesday. Not granting her anonymity could “have a chilling effect on the bringing of claims by children to vindicate their data-protection rights.”.

TikTok has come under increased scrutiny by several EU data watchdogs over children’s data. The EU’s data-protection chiefs in June pledged to coordinate potential investigations into the Chinese company, establishing a taskforce to get a better understanding of “TikTok’s processing and practices.”

The planned suit is at a “very early stage,” but the intended claim “involves serious criticisms of what may be key aspects of the platform’s mode of operation,” Warby said. Given the popularity of ByteDance Ltd.’s social media app, such a suit could lead to “strongly-worded” opposition

The Children’s Commissioner for England, Anne Longfield, who would bring the case on behalf of the London girl, said the minor would risk “direct online bullying by other children or users of the TikTok app” and “negative or hostile reactions from social media influencers,” if her identity was known, according to the ruling. The judge said such behavior “is reasonably foreseeable.”