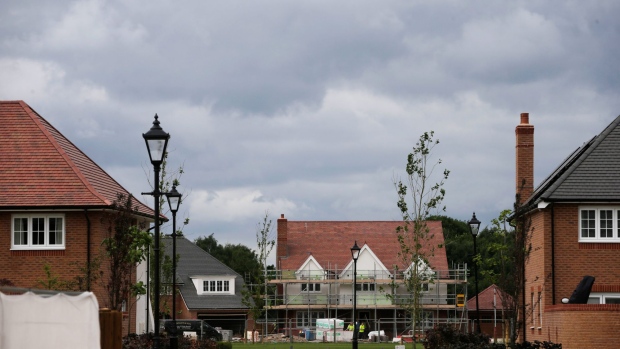 (Bloomberg) -- One of the U.K.’s largest homebuilders is scaling back its London business to focus on leafier suburbs as it bets the coronavirus will spur a shift away from the capital.

Redrow Plc thinks buyers want more greenery and homes large enough to accommodate workspace after the outbreak forced Britons to stay indoors. The company expects the restructuring to substantially hit profits this year as it reallocates resources from inner city apartments to single family homes, according to a statement Tuesday.

“There is a desire for more inside and outside space, wanting to live closer to green spaces and having better home workspace,” the company said.

The number of new sales agreed in English regions outside the capital had almost fully recovered to levels seen in early March in the week through June 7, according to an index published by property website Zoopla Ltd. earlier this month. By contrast, sales in London remained more than 25% down on the number recorded 13 weeks earlier, the data show.

“We are seeing a lot more interest in some of our sites that are in commuting distance of the major metropolitan areas,” Peter Truscott, chief executive officer of home builder Crest Nicholson Holdings Plc, said in an interview last week.

The U.K.’s housing market is in a state of flux after the government’s decision in March to effectively halt deals for about six weeks. Early signs show evidence of pent up demand, but developers remain cautious. The full extent of the economic damage wrought by the pandemic won’t become clear while the government continues to pay the wages of millions of furloughed workers.

London has become increasingly unaffordable for average buyers since the global financial crisis, compared with other U.K. regions that recovered more slowly. Home buyers in the capital were paying the equivalent of more than 12 times their earnings last year, compared with above eight times in 2010. In the north east of England, the ratio was little changed during the same period, according to Office for National Statistics data.

Still, not all home builders are convinced any change brought about by the pandemic will be permanent, or even one way.

“It is incredibly early to look at real change of where people want to live,” Rob Perrins, chief executive officer of Berkeley Group Holdings Plc, said earlier this month. “We have seen people wanting to move out, but we have some people who want to be closer to work as well.”