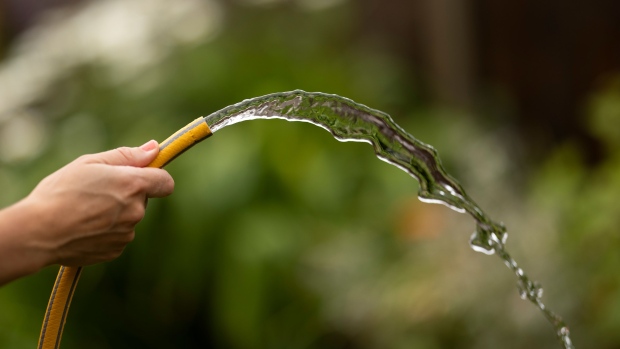 Thames Water Ltd. said its hosepipe ban in the UK capital will start on Aug. 24, even as the region faced a warning of thunderstorms and floods.

The London supplier is among six water companies to have introduced or announced a hosepipe ban, preventing millions of families from watering their gardens or washing their cars.

While swathes of the country are officially in a drought, thunderstorms have broken out. The Met Office placed an “amber warning” of intense storms on a large part of London and the south east this morning. “Flooding of homes and businesses is likely and could happen quickly,” it said, adding that power cuts and travel disruption were also likely.

A less severe “yellow warning” for thunderstorms remained in place for the rest of the south as well as the western and eastern regions and parts of central England.

The storms will not end the drought, however, according to Met Office spokesperson Grahame Madge. “Isolated intense showers aren’t going to balance the books, and summer 2022 will still remain much drier than average for southern England,” he said this week.

“With low rainfall forecast for the coming months, we now need to take the next step in our drought plan,” Thames Water said on its website Wednesday, adding that it is trying to protect supplies for next summer.

The country recorded its driest July since 1935 and consecutive heat waves have put pressure on the water supply.