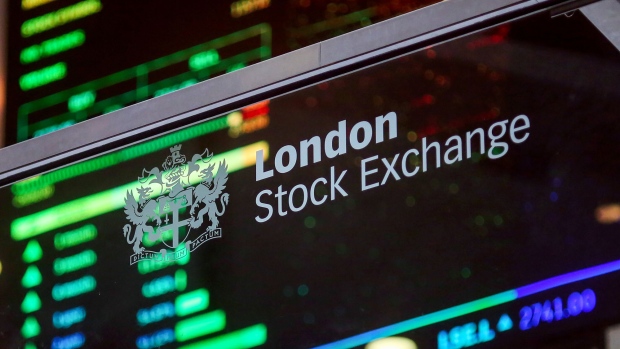 (Bloomberg) -- London Stock Exchange Group Plc will start a £750 million ($911 million) share buyback after reporting results for the first half of the year that beat analyst estimates.

The buyback will take place over up to 12 months and start immediately, according to a statement Friday. The firm will pay an interim dividend of 31.7 pence per share, up 27% from last year.

The bourse posted adjusted EBITDA, a measure of earnings, of £1.8 billion for the first six months of the year. That compared to company-compiled analyst predictions of £1.7 billion. The company said its costs and revenues targets remained unchanged.

“LSEG has delivered a strong first half performance with continued revenue growth across our businesses,” the group’s Chief Executive Officer David Schwimmer said in the statement. “We are managing costs well.”

Revenue at the data and analytics division rose 4% to £2.4 billion, while the capital markets unit grew 13% to £720 million, boosted by demand for currency and credit products. Post-trade income rose 8.5% to £483 million.

“London is the world’s most international capital market and a great place for listings,” Schwimmer said on Bloomberg Television Friday. “We’ve been doing it for 300 years -- we’ll be doing it for a lot more.”

LSEG said the integration of Refinitiv remained on track. The firm completed its $27 billion purchase of Refinitiv last year, kicking off a new era where the majority of its revenues come from data. The parent company of Bloomberg News competes with Refinitiv to provide financial news, data and information.