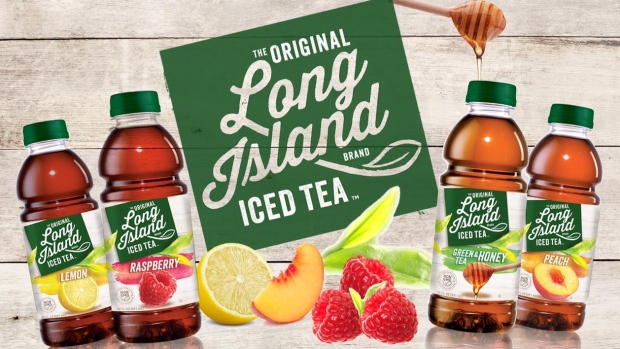 The immediate success of Long Island Iced Tea Corp.'s name change is proof that blockchain investing is operating on a ‘casino’ mentality, according to one portfolio manager.

Long Island Ice Tea Corp.’s stock was up as much as 289 per cent on Thursday after the company rebranded itself Long Blockchain Corp. in an effort to cash-in on the cryptocurrency investing craze.

“It seems like right now it’s a bit of a casino,” AGF Investments vice-president and portfolio manager Peter Imhof said on an interview with BNN. “There are some real companies out there with blockchain, but right now, if anybody puts the word ‘blockchain’ in their company name, the stock seems to go up.”

Blockchain is a digital ledger system, which by design is resistant to modification of the data. It is the technology that underpins popular cryptocurrencies, including Bitcoin and Ethereum. Bitcoin has rallied 1,600 per cent this year.

Long Blockchain, a non-alcoholic beverage company, said Thursday it will now seek to partner with or invest in companies that have a blockchain element to their business.

“We view advances in blockchain technology as a once-in-a-generation opportunity, and have made the decision to pivot our business strategy in order to pursue opportunities in this evolving industry. We are committed to enhancing shareholder value and believe that our new focus is the best path towards this goal,” CEO Philip Thomas said in a release.

“I’m not really sure why they’re doing that,” he told BNN. “Maybe they will have a legitimate business opportunity later on, but we won’t know for probably quite some time. But you get that initial bump and I think there are a lot of companies coming out that are thinking of operations that they can work with blockchain.”

"Don’t you remember Pets.com?" Jack Ablin told BNN on Thursday. "I was around in the late 90s and I remember clients banging on my door, asking: ‘Why don’t you own these four or five internet stocks? You’d do so much better owning these things than what you currently own.’"

"It seems very similar to putting a .com on your name and having your stock price skyrocket. I think that these companies are just trying to catch this bitcoin and blockchain craze. In my experience I would say ‘buyer beware.'"

Imhof warned that the craze surrounding cryptocurrencies could be volatile and companies that aren’t truly in the space could see just as quick a descent in their stock price later on.

“As quickly as things can go up, they can come down,” Imhof said. “If there’s no substance behind it, eventually people will sell the stock down.”

- with files from Bloomberg News