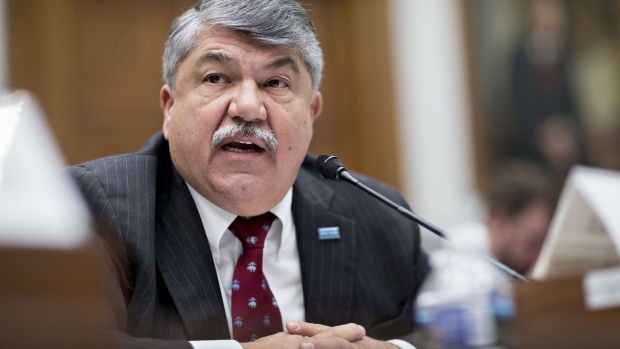 (Bloomberg) -- Richard Trumka, the longtime president of the AFL-CIO and ally of Democrats, has died unexpectedly, according to people familiar with the matter.

Trumka, 72, was elected AFL-CIO secretary-treasurer in 1995 and held that post until 2009, when he was elected president, according to the 12.5 million member labor union. He was elected the youngest president of the United Mine Workers of America as age 33 in 1982.

Spokespeople for the labor group did not respond to requests for comment.

Senate Majority Leader Chuck Schumer, speaking on the Senate floor said the labor leader “had in his veins and every atom of his body the hearts, the thoughts, the needs of the working people of America.”