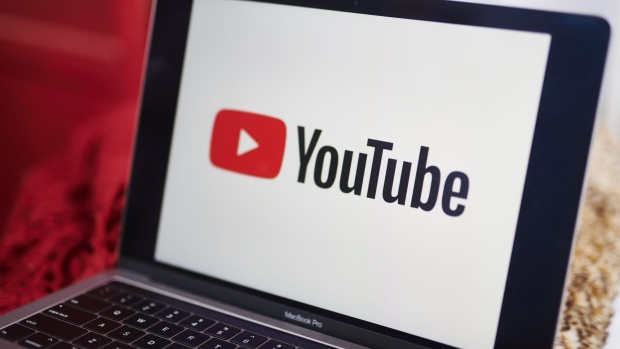 The logo for YouTube Inc. is displayed on a laptop computer in an arranged photograph taken in the Brooklyn borough of New York, U.S., on Sunday, May 10, 2020. , Photographer: Gabby Jones/Bloomberg

TORONTO -- Gabi Soares was working as a hair stylist and makeup artist when a client suggested they'd be able to make some money together by partnering on a beauty YouTube channel.

During her early days on the platform, Soares primarily covered makeup and didn't garner many views. It wasn't until she created a video on her personal experience with traction alopecia -- hair loss caused by tightly pulled hairstyles -- that she went viral and started drawing a larger number of female viewers who could relate to hair loss and weren't seeing content tailored to them elsewhere.

Soares learned that to make a mark on YouTube, creators need to find a way to stand apart from the crowd.

"If you're going into YouTube, you have to have a pretty strong plan as to where you want to live on the platform and how you can fill a hole that isn't already 1/8filled 3/8," she said. "The best way to have your channel go somewhere is to serve a community that's not being served yet."

"Before YouTube, if someone was into something really niche, they may have been the only person in their town with that interest," Peterson said. "With a potential audience of two billion monthly logged in users on YouTube, all of a sudden there are huge communities of people with the same niche interest that creators can connect with around the world."

Regardless of what subjects you cover, both Peterson and Soares said passion should be a key motivator when creating on the platform. Soares cautioned would-be influencers not to expect the platform to be an income generator during the first year because of how difficult it can be to start earning money in the beginning.

To join the YouTube Partner Program, for example, which enables creators to earn money from ads among other perks, creators typically need to have 1,000 subscribers and 4,000 watch hours, which is the total amount of time users have spent watching your videos.

Once you hit that metric, you can then apply for AdSense, where Soares earns $1000 to $1500 a month from the ads that play during her videos. Soares also earns anywhere from $800 to $1500 for each sponsored video she creates lasting five to ten minutes long.

Soares also earns money as part of the Amazon affiliate marketing program. In the description section of her videos, she links to products and earns money when viewers click and make a purchase. She earns anywhere from $100 to $600 a month depending on what products are selling and how expensive those products are. Soares described YouTube as a "multi-tiered income stream" where creators can draw income from several different avenues.

For the past two years, Soares has been dedicating two days a week to her channel, while splitting the other five days between her home-based hair salon and her weekend bridal hair and makeup business, Glam Girl Gabi. Now that her YouTube channel has begun to out earn her hair salon, she's pivoting to YouTube full-time while keeping her weekend work.

For creators testing out the platform for the first time, Soares recommended keeping expenses low by starting out with a smartphone, a phone stand or tripod and a window for lighting. If creators like the platform and want to upgrade their equipment, she then advises buying a microphone, a ring light, a soft box, and perhaps a DSLR camera to help create crisper visuals.