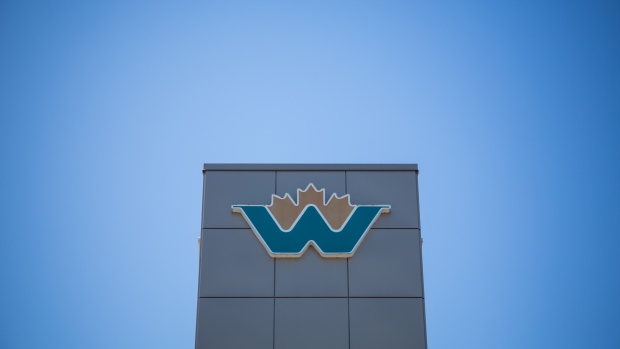 The Canadian Western Bank logo is displayed outside a branch in Richmond, British Columbia, Canada, on Monday, Aug. 28 2017. , Ben Nelms/Bloomberg

Sales of widely marketed loonie-denominated corporate bonds this year are reaching $110 billion (US$86.15 billion) as companies such as Intact Financial Corp. and Canadian Western Bank sold fresh debt Friday. That’s up from $103.8 billion sold in 2019 and edges past $109.2 billion issued in 2017, the previous record.

“There has been a record amount of new issuance in 2020 to shore up balance sheets and pre-fund 2021 maturities,” said Sue McNamara, fixed-income vice president at Beutel Goodman & Co. “It seems like anyone who could issue did issue.”

The new high water mark has been set following surges in the dollar and euro markets. U.S. corporate investment-grade issuance reached a record US$1.3 trillion in August, surpassing 2017’s full-year total in less than eight months amid the Federal Reserve’s unprecedented steps to bolster liquidity.

Companies have come forward in waves with borrowing costs historically low and risk premiums back to pre-pandemic levels as Bank of Canada joined other central banks running asset purchase programs to shore up confidence in financial markets. All-in yields touched the lowest level on record at 1.72 per cent on Thursday, according to the Bloomberg Barclays Canada Aggregate - Corporate TR index, which groups 912 investment-grade securities with a market value of $525.6 billion.

SmartCentres Real Estate Investment Trust is also in the market on Friday, pricing $650 million of bonds maturing in five and eight years. 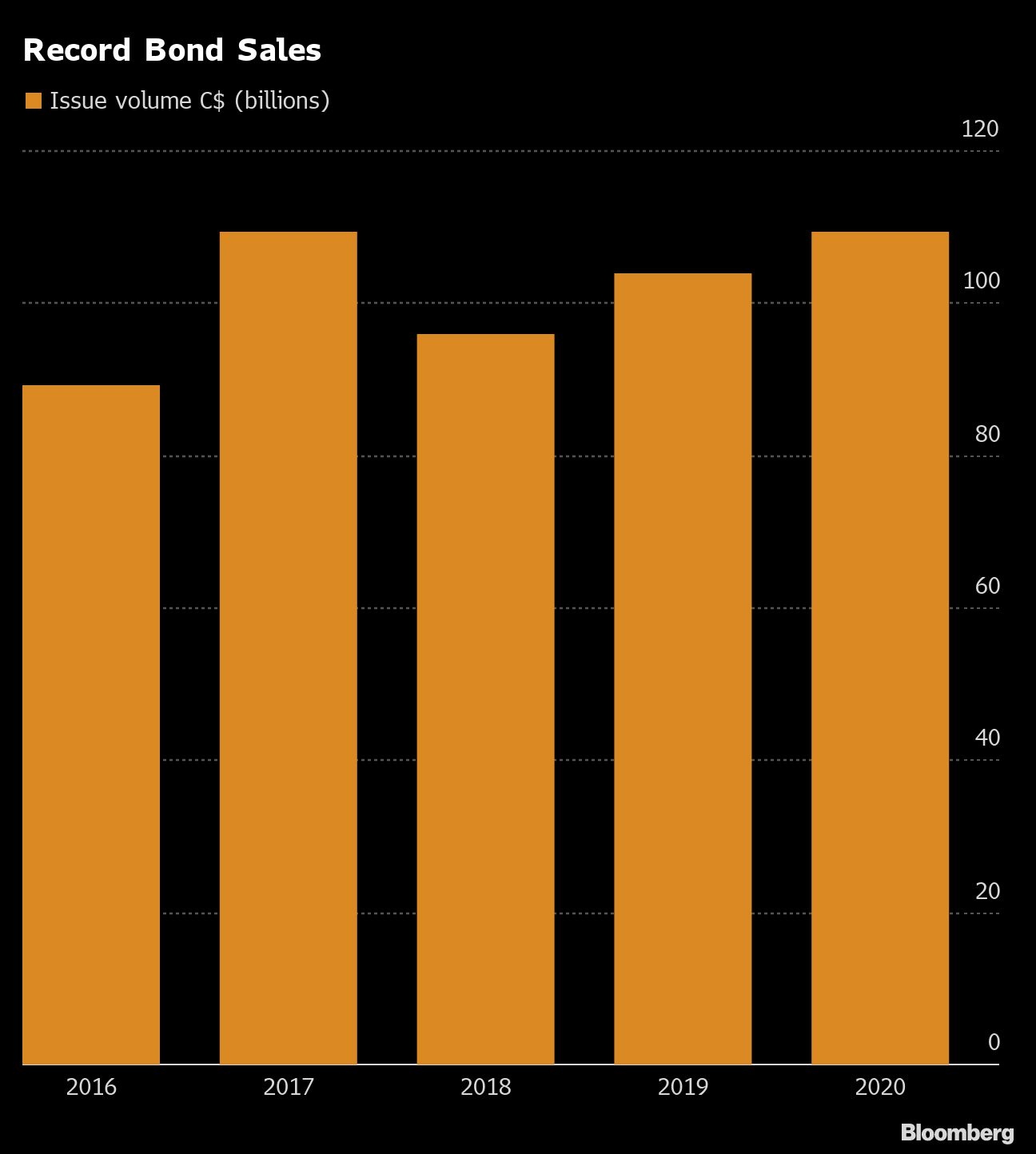