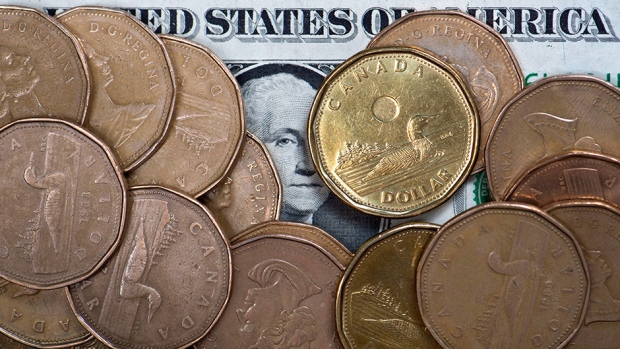 The Canadian dollar hit its strongest level against its U.S. counterpart in more than two weeks on Thursday, boosted by strong inflation and retail sales data that raised expectations the Bank of Canada could hike rates again as soon as January.

The yield on Canadian two-year bonds also surged to their highest since 2011, while their spread versus U.S. equivalents narrowed to the closest in more than a month as markets priced in a nearly 50-per-cent chance the central bank hikes in January.

Monthly gross domestic product data for October is due on Friday, with market participants bracing for a stronger-than-expected number following Thursday's data and robust wholesale trade numbers for October released on Wednesday.

"Improving data over the past few days will have to be weighed against upcoming NAFTA discussions and the bank will have to decide on whether a rate hike sooner than later is justified," said Don Mikolich, executive director of foreign exchange sales at CIBC Capital Markets, which is currently not forecasting a rate hike until the second half of 2018.

Canadian government bond prices fell across the maturity curve, with the two-yearprice down 7.5 cents to yield 1.681 per cent and the benchmark 10-year falling 32 cents to yield 2.03 per cent, its highest yield in almost two months.