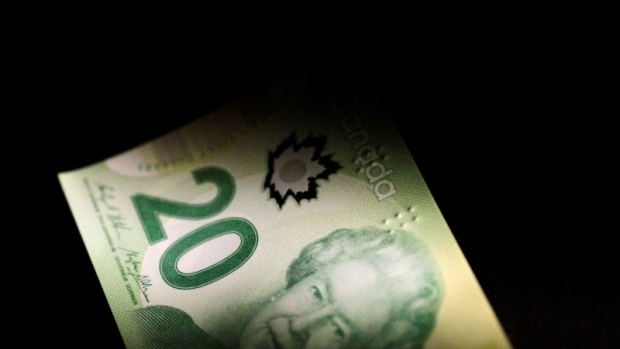 The Canadian dollar strengthened on Friday to nearly a 10-month high against its U.S. counterpart after stronger-than-expected domestic jobs data boosted chances of an interest rate increase by the Bank of Canada as soon as next week.

"It is a pretty solid report ... if you were leaning toward a hike in July this would do nothing to dissuade you," said Andrew Kelvin, senior rates strategist at TD Securities.

Expectations of a rate increase have been rising since top Bank of Canada officials said in June that a pair of 2015 interest rate cuts had done their job in cushioning the economy from collapsing oil prices.

Chances of a hike at next week's rate meeting rose to 93 per cent from 86 per cent before the jobs report, data from the overnight index swaps market showed. The market has fully priced in an increase by September and has implied an 80-per-cent chance of a second hike by December.

Strengthening of the domestic economy can convince investors that the central bank will not just raise rates next week but continue to raise them, said Brad Schruder, director of corporate sales and structuring at BMO Capital Markets.

"That's why you are seeing the Canadian dollar outperform in the way it has."

The loonie strengthened even as prices of oil, one of Canada's major exports, fell 2.8 per cent and the U.S. dollar climbed.

The greenback rose against a basket of major currencies after a report showed the U.S. economy also created more jobs than expected in June.

Speculators cut bearish bets on the loonie for a sixth straight week, data from the U.S. Commodity Futures Trading Commission and Reuters calculations showed. Canadian dollar net short positions fell to 39,372 contracts as of July 3 from 49,495 a week earlier.

Canadian government bond prices were lower across a steeper yield curve. The 10-year declined 43 cents to yield 1.884 per cent.

The yield reached its highest intraday since June 2015 at 1.894 per cent, while the gap between it and the U.S. equivalent narrowed by 3.3 basis points to -50.2 basis points.