It's not wise for the BoC to surprise the markets right now: Validus Risk Management

Canada’s dollar is on a stubborn path weaker even as policy makers prepare to embark on their first monetary tightening cycle in almost five years.

Traders in the options markets are becoming increasingly bearish on the loonie, a surprising development when nearly all of the currency’s typical drivers would suggest outperformance. Crude prices are up 35 per cent in the first two months of the year, while nearly every economist surveyed by Bloomberg expects the Bank of Canada to boost interest rates by 25 basis points on Wednesday. The prospect of a current account surplus should also be a boon.

It’s still not enough for the loonie, which has struggled alongside most of its Group-of-10 peers amid an uptick in demand for haven currencies. Russia’s invasion of Ukraine has stoked lackluster performance in equities and pushed traders toward the safety of the U.S. dollar. That’s hitting its neighbor to the north even as Canadian benchmark rates are set to rise, according to Christian Lawrence, a strategist at Rabobank in New York.

“I don’t really see anything domestically that’s likely to outweigh the impact of the safe-haven bid for the U.S. dollar and the oil story for the Canadian dollar,” he said. “In the short-term, I think the safe-haven bid wins out.” 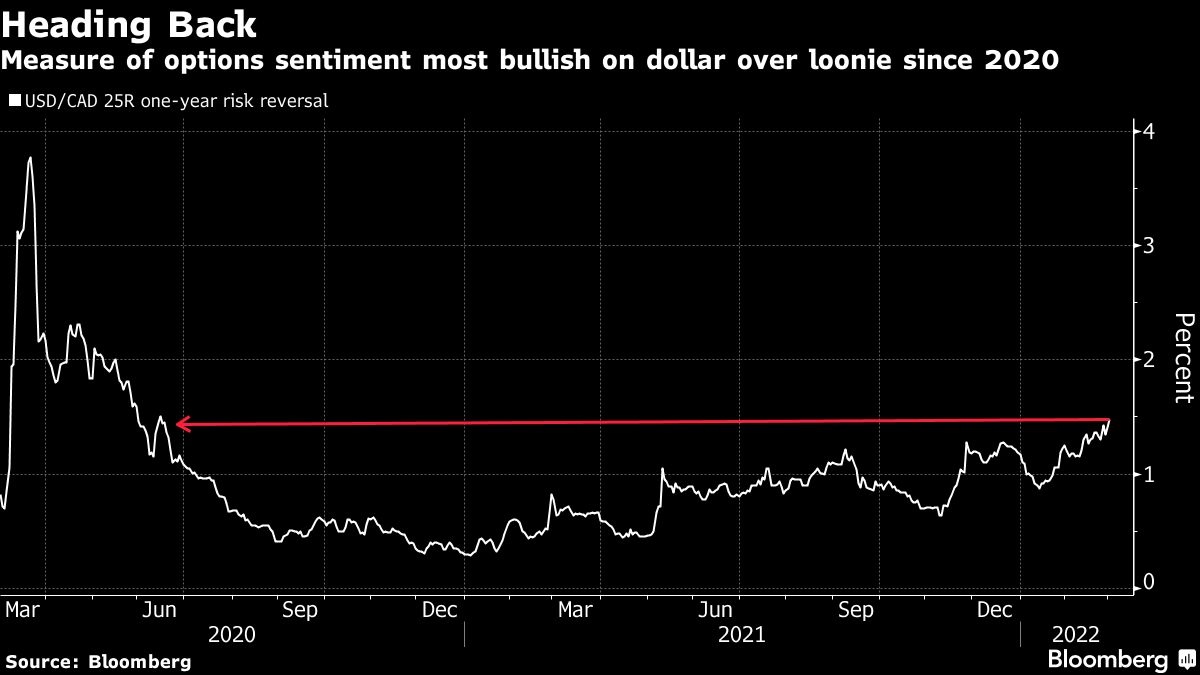 The loonie is down about 0.9 per cent versus the U.S. dollar this year, mostly trading in a range between 1.2670 and 1.2800 since late January when Bank of Canada officials all but signaled their intention to start increasing rates in March.

Those policy makers are expected to make Canada the fourth advanced economy to raise rates ahead of the Federal Reserve’s anticipated liftoff later this month. But even a hike from Canada’s central bank likely can’t send the loonie on a rally by itself, said Bipan Rai, head of foreign exchange strategy at CIBC.

There’s also the question of the currency’s link to oil. Russia’s invasion of Ukraine last week pushed oil above US$100 a barrel for the first time since 2014, but it has proven relatively futile in stoking a rally in the loonie. The faltering link between the currency and oil prices, which is one of the key ways the commodity’s benefits are transmitted across the country, is also underscoring risk in the economy. 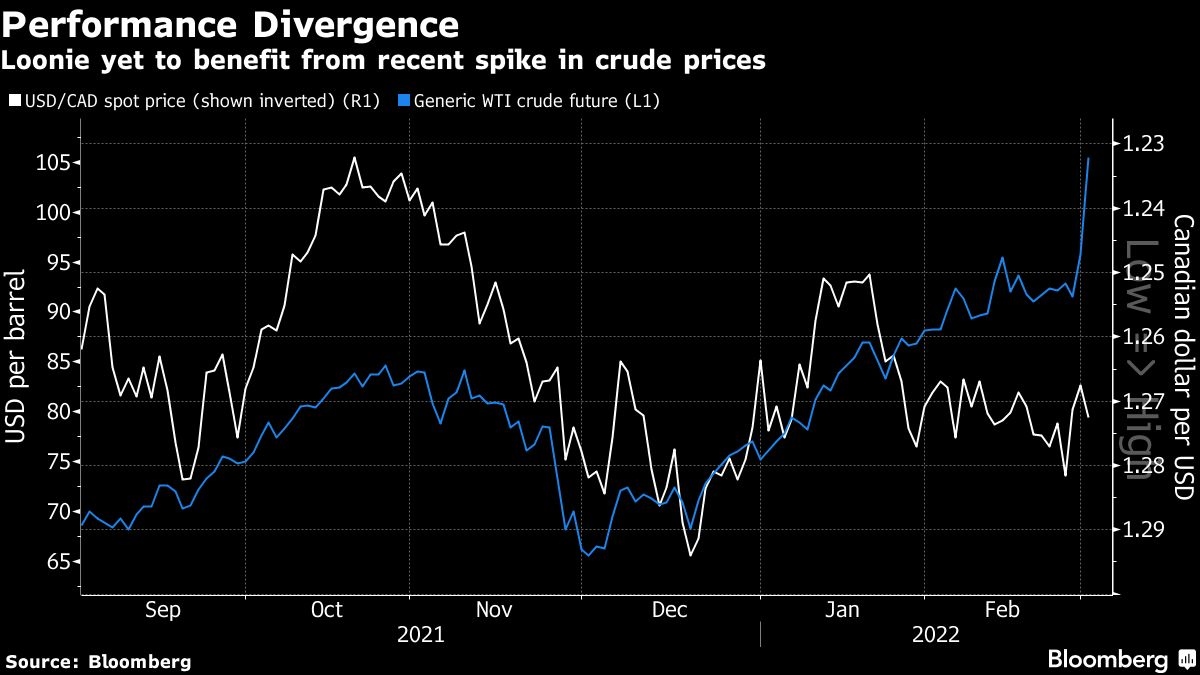 Still, while the Canadian currency has underperformed its U.S. counterpart, it has done better than some of its major peers and held up well in cross pairs, including the British pound. The loonie is up almost 1 per cent versus sterling in 2022.

“With the Fed and BoC set to hike, we don’t see a huge swing factor for USDCAD,” strategists at TD Securities wrote in a note to clients. “We like long CAD exposure to European crosses, where carry, rate hikes, and terms of trade remain attractive, and maintain short GBPCAD exposure as a result.”

While forecasters have a fairly sanguine outlook on the currency, danger to the Canadian dollar is already showing up in markets. Options traders have soured on the loonie’s outlook, with the put-to-call skew -- or the difference in hedging costs between bearish options contracts relative to bullish ones -- showing the strongest preference for the greenback since June 2020.

Meanwhile, foreign exchange speculators last week added the most short bets on the currency so far this year. They’ve been short on the Canadian dollar since September, according to Commodity Futures Trading Commission data.