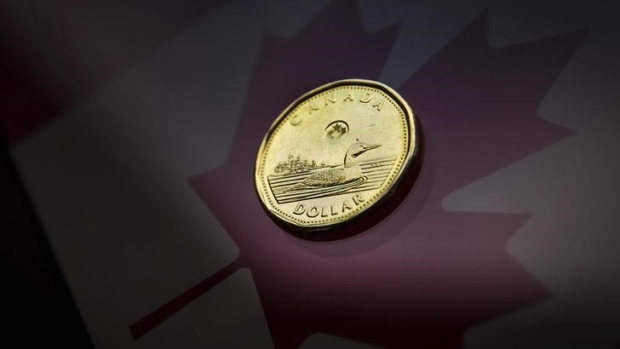 A loonie pictured in an illustration , Reuters/Mark Blinch

Canada's currency surged to its strongest level in two years, short-term bond yields hit a five-year high and the country's main stock index slipped on Wednesday after the Bank of Canada surprised many by raising interest rates.

The local stock market turned negative as investors retreated from rate-sensitive sectors including telecoms and utilities, which typically issue debt to pay for projects and pay out dividends that become less attractive when government bond yields rise.

The central bank hiked rates for the second time this year at a time when Canadian consumers have loaded up with near-record debt and the housing market has cooled. Some worry that a strengthening currency could make Canadian manufacturers less competitive.

"The Bank made very little attempt to push back against the strength of the Canadian dollar and also very little attempt to suggest that this is merely [removing] two insurance cuts and then we are on hold for a while," said Bipan Rai, senior macro strategist at CIBC Capital Markets, referring to a pair of 2015 rate cuts intended to combat the effect of plunging oil prices.

"As a result we have got the market pricing in potentially another rate hike before the end of this year and the strength of the Canadian dollar reflects that," he said, adding that the currency pair could be heading back toward $1.20.

The Bank of Canada, which also increased rates in July, left the door open to more hikes in 2017. It is the only major central bank besides the U.S. Federal Reserve that has been raising rates.

The yield on 2-year government debt jumped as much as 10 basis points to its highest since April 2012 at 1.450 per cent.

"There is some concern that a rate hike is too much too fast," said Shailesh Kshatriya, director for Canadian strategies at Russell Investments Canada.

The Toronto Stock Exchange's S&P/TSX composite index closed down 30.32 points, or 0.2 per cent, at 15,059.83. It had notched solid gains before the rate announcement.

Investors worried that the sharp appreciation of the Canadian dollar would hurt prospects for producers of commodities priced in U.S. dollars.

"A rising Canadian dollar without a really good lift from energy prices is tough on the energy sector, and it's tough on any commodity producers," said John Johnston, chief strategy officer at Davis Rea.

Manufacturing exporters are already "under the gun" due to an uncertain outlook for the North American Free Trade Agreement, Johnston added.

Canada, Mexico and the United States made progress in talks to update the NAFTA trade pact, top officials said, a relief after repeated criticism by U.S. President Donald Trump. However, the round did not delve deeply into the toughest issues.

The rate hike seemed to unsettle those holding shares of the country's banks, whose earnings growth depends in part on homebuyers taking out more loans. The sector reversed early gains to trade 0.2 per cent lower. 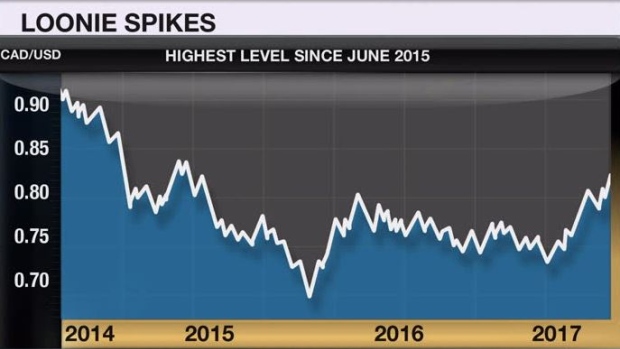