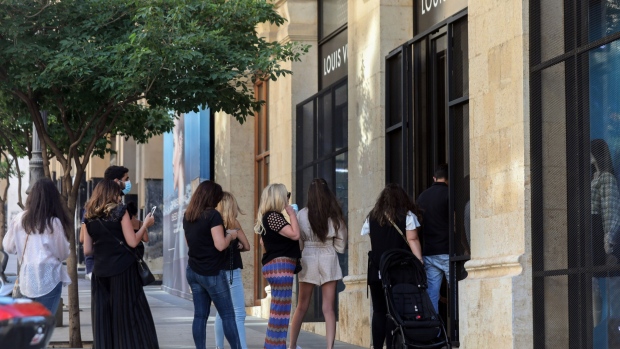 The owner of Louis Vuitton enjoyed an unexpected rebound in consumers’ appetite for dresses and monogram bags, buoying third-quarter sales.

Some consumers are eager to splurge despite a dire economic backdrop. LVMH’s performance shows how its leading brands are helping it weather the pandemic’s destructive economic consequences after lockdowns and travel quarantines sent the luxury industry into a deep slump.

The upbeat report by LVMH, the first of the major European luxury players to report quarterly results, bodes well for others in the sector, said Luca Solca, an analyst at Sanford C. Bernstein.

“We expect more players to follow this path -- most notably Hermes,” he said in a note.

LVMH stunned investors when it announced last month that it planned to pull out of a US$16 billion deal to buy Tiffany & Co. Earlier on Thursday, the U.S. jeweler unveiled positive sales trends in an effort to keep the deal on track.

LVMH’s divisions had sharply mixed results in the latest period, with the wines and spirits unit -- which houses Hennessy Cognac and Moet & Chandon Champagne -- also resisting better than expected. Organic revenue fell three per cent, less than half the decline analysts were expecting.

The company, known for cautious projections, said it remains concerned about the economic outlook as the coronavirus spreads again in key markets including Europe. Still, it said it will maintain marketing spending and other measures aimed at boosting the value of its brands.

“Luxury consumption isn’t a proxy for global consumption,” Guiony said, cautioning that other sectors may not be similarly resilient.

The quarterly performance was driven largely by smart marketing at key brands such as Louis Vuitton and Dior, said Guillaume Gauville, an analyst at Credit Suisse.

“Investors should be careful in extrapolating this beat into other fashion brands,” he said in a note.