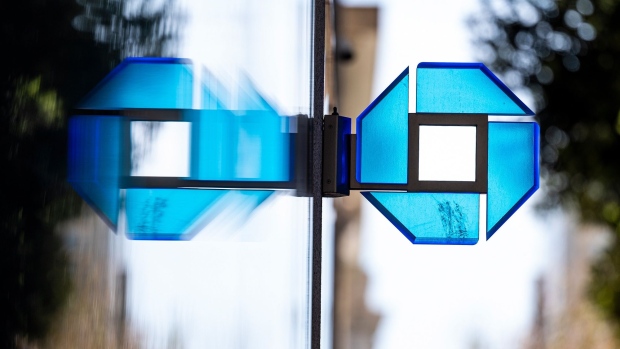 (Bloomberg) -- A Louisiana panel delayed the approval of a $700 million state bond sale set to be underwritten by JPMorgan Chase & Co. as the attorney general pushes for information on the bank’s policies on gun control.

State Treasurer John Schroder, a Republican, said during Thursday’s state bond commission meeting that the group wouldn’t consider an agenda item allowing for the refinancing of gasoline- and fuels-tax bonds that JPMorgan was slated to underwrite. Schroder, the commission’s chair, said the state needed to look at its underwriting criteria.

“We are going to pull that,” said Schroder, who said they would “give it a month” to review its underwriting critera. He said he had informed the bank of the decision late Wednesday.

The scrutiny comes as the largest U.S. bank is facing a hit to its public finance business in neighboring Texas over its gun policies. In September, a law went into effect in Texas that bars state and local governments from hiring banks that moved to curtail ties to the firearms industry in the wake of mass shootings. That led JPMorgan and Citigroup Inc. to pull back from seeking work in the state, which was the largest issuer of municipal-debt after California last year.

The Louisiana commission’s move comes one week after Attorney General Jeff Landry asked JPMorgan Chief Executive Officer Jamie Dimon to clarify the bank’s policy regarding any restrictions on business with the gun industry. Landry cited media reports on the fallout from the Texas law that affected JPMorgan’s municipal business. The bank has said the legal risk of the legislation has prevented it from bidding on most business with Texas public entities as a result.

The Louisiana move stems from a decision by the state in 2019 to question banks over whether they have un-related policies. In 2018, Louisiana blocked Bank of America Corp. and Citigroup from underwriting a bond issue because of such policies, and the following year required would-be underwriters for specifics.

As part of the 2019 application process for those seeking to act as senior underwriters on Louisiana state bond deals, banks had to certify that they didn’t restrict or infringe on the citizens’ “constitutionally protected rights” to keep and bear arms, or discriminate against citizens based on the exercise of their constitutional rights. At the time, JPMorgan told the bond commission that it had no such policies and it was selected in February 2020 as one of eight banks to join the state’s underwriting pool. It has since served as senior manager on two deals totaling $1.1 billion, according to the letter.

“I believe that the Bond Commission should not conduct any business with an entity that discriminates against law-abiding citizens and businesses in the state of Louisiana,” Landry, a Republican, wrote in the Oct. 14 letter to Dimon, asking him to provide a supplemental certification regarding JPMorgan’s policies.

“The State reserves the right to reject the response if this certification is subsequently determined to be false,” he wrote in the letter, quoting the Dec. 2019 solicitation for offers for underwriting services.

Schroder’s decision on Thursday could be a harbinger of more trouble ahead for JPMorgan’s public finance business as Republicans look to punish Wall Street for wading into social issues.

Lawmakers in Louisiana passed a piece of legislation similar to Texas earlier this year that would have barred the state and local governments from engaging in public contracts with firms that have “discriminatory practices” with firearm associations, retailers and manufacturers. But Governor John Bel Edwards, a Democrat, vetoed the bill, saying it would cost taxpayers money.