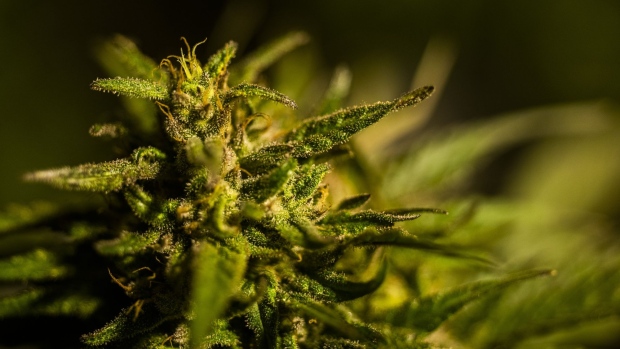 (Bloomberg) -- Low-priced cannabis products will be key to converting consumers from the illicit market to the legal market, but once that’s done they’ll be willing to spend more on pricier items like vape pens and edibles, according to Aurora Cannabis Inc.’s new chief commercial officer.

Cannabis is “unlike tobacco or alcohol because of the presence of this massive black market,” said Miguel Martin, who joined Aurora with its acquisition of U.S. CBD company Reliva LLC in May. “There are some underpinnings to make the pie bigger in a way that you traditionally wouldn’t with discount brands.”

Some Canadian pot companies were caught off guard last winter by avid consumer demand for low-priced flower and had to rush to develop new offerings. In February, Aurora said its market share in flower declined in the prior quarter “as the market shifted significantly towards value brands,” and announced the launch of Daily Special, a cheaper product designed to “compete strongly with the gray market and help grow the overall size of the legal segment.”

In May, Aurora said Daily Special was the top-selling flower brand in Ontario for the previous two months and attributed the company’s 24% quarterly growth in recreational pot revenue to the brand’s popularity.

However, the cannabis market changes rapidly and “what’s popular today may not be popular tomorrow,” said Martin, who was previously president of Logic Technology Development LLC, a manufacturer of electronic cigarettes, and a senior executive at tobacco giant Altria Group Inc. “I do think like with any other category, things will start to settle and then you’ll have the ability to move people up the value chain or the pricing chain.”

One opportunity Martin sees to do that is with the second generation of cannabis products, including vape pens and edibles, that became legal in Canada late last year. “It becomes stickier and more profitable because you don’t see as much of that in the black market,” he said.

Cowen & Co. analyst Vivien Azer said she expects Martin to use his Altria background to help Aurora develop a “pricing architecture, particularly as the Canadian cannabis category continues to shift to deep value pricing,” as well as a portfolio approach to brand management.

Martin is eager to ensure Aurora has a strong portfolio of brands, but is also reluctant to predict what that will look like.

“Anybody who tells you where it’s going to be in 12 months I think is crazy,” he said. “You have to have flexibility and agility to take advantage of short-term opportunities.”