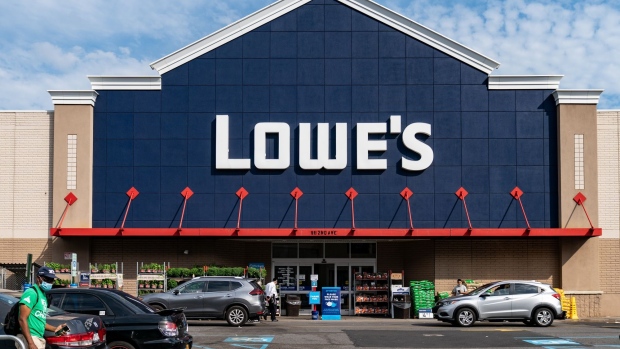 Lowe’s Cos. isn’t known as much of a Christmas destination, but the retailer wants to change that by adding more playthings and gifts.

The Mooresville, North Carolina-based chain will sell items like electric scooters, trampolines, backyard movie screens and Ninja air fryers. The majority of these new products will be available online and in select stores.

Sales at Lowe’s have boomed with socially-distancing Americans splurging on their properties at home-improvement chains that stayed open because they were deemed essential. Analysts expect that to continue with sector forecast to surpass the revenue gains of overall retail market and grow 8.9 per cent in November and December, according to Customer Growth Partners. With that kind of web and store traffic looming, Lowe’s sees an opportunity to win a bigger piece of the Christmas pie.

“We’ve always had that license to play” during the holiday-shopping season, said Bill Boltz, executive vice president of merchandising. For years, the company has carried Christmas trees and decorations, but said it can go further.

Lowe’s rose as much as 0.6 per cent on Tuesday, pushing its gain this year to 46 per cent.

This strategy is also partly a response to a shift in consumer behavior. Surveys show that many Americans remain wary about Covid-19 and crowded places. They are expected to visit fewer stores as a result and might be more willing to check something off their list at a store where they don’t normally Christmas shop.

Lowe’s is not alone in pushing into categories outside its expertise. After Toys “R” Us liquidated in 2018, several retailers, including drug chains, grocery stores and party centers, tried to grab a piece of the Christmas toy business. In the end, however, most of the gains went to companies already established in the space, like Amazon.com Inc.

Pushing beyond paint, tools and plywood, also helped the company by expanding its supplier network. And when Covid hit the U.S. in March, it had relationships in place to source hard-to-find items, like exercise equipment.

In a sign that this move might work, the company said sales of its holiday items are so far topping expectations.

“What we want to be known for is the holiday,” Boltz said.